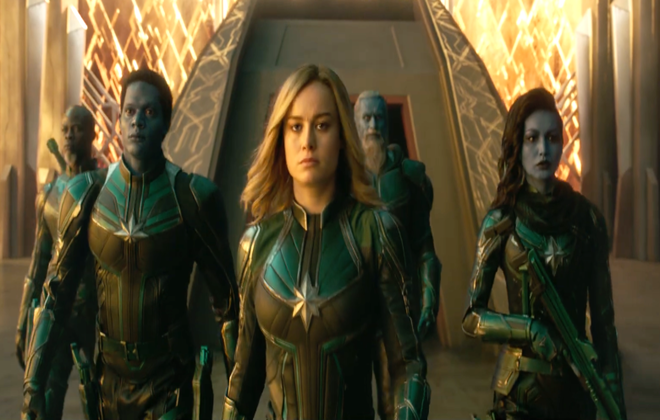 The second Captain Marvel trailer has been released and it leaves the fans eagerly waiting for the film to get release.

In this latest trailer, Brie Larson returns as Carol Danvers to end the war, While the film happens way before the incidents of Avengers: Infinity War.

Film rides high on woman power, staring Oscar-winner Brie Larson in the title role and she owns it with her gravity-defying stunts and killer confidence.

The actor plays Carol Danvers in the film which is being considered a prequel to the other superhero films from the Marvel Cinematic Universe.

She returns to Earth as a pilot with super powers, who finds herself in a galactic war between the two alien races. She has reborn to live longer, stronger and superior.

She gets flashes of random memories from the past and feels connected to the planet earth somehow. But, she makes the point clear that she’s not here to play the war but to end it.

As being speculated Captain Marvel is scheduled to arrive a few months before the much-anticipated Avengers 4 and is expected to have a co-relation with the events that took place in Avengers: Infinity War.