Captain Marvel’s trailer is out

Captain Marvel is slated to release in theaters worldwide on March 8, 2019 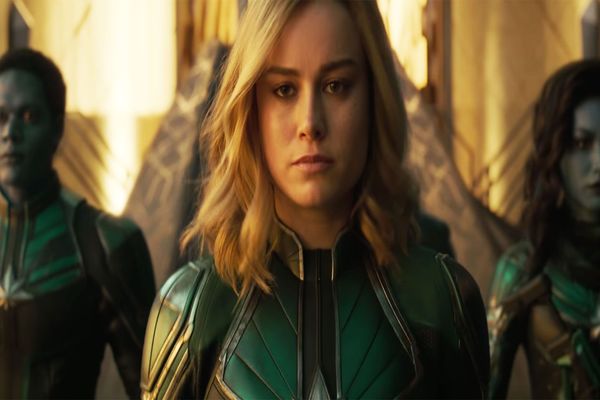 After months of waiting, the first official trailer of female-led superhero film Captain Marvel has been released by Marvel Cinematic Universe.

The solo girl power will definitely make headlines, before the Infinity Wars 4, when captain Marvel goes to fulfill the task to defeat Thanos.

The trailer starts with Carol Danvers crashing to the earth, she loses her memory of her time as a US Air Force pilot after she had joined the Kree Starforce.

The first clip showcasing Brie Larson in action as the lead character was able to gather in 109 million views within its first 24 hours of release.

Captain Marvel will mark Marvel Studio’s first female-led solo movie and will tell the story of how Carol Danvers became one of the planet’s most powerful superheroes.

The trailer gives glimpses of the story line, the memory loss, the love of flying, the connection with the earth and the transformation. What will be this war is going to be about, wait a little bit for the whole film to release.

Marvel’s Captain Marvel is slated to release in theaters worldwide on March 8, 2019. Accordingly, Carol Denvers aka Captain Marvel is also set to appear in the Avengers 4 and will play a significant role in defeating the main villain from Avengers: Infinity War – Thanos.
Hold tight, a lot of action is waiting to hit the screens for Marvel series fans worldwide!

tweet
Share on FacebookShare on TwitterShare on PinterestShare on Reddit
Saman SiddiquiSeptember 20, 2018
the authorSaman Siddiqui
Saman Siddiqui, A freelance journalist with a Master’s Degree in Mass Communication and MS in Peace and Conflict Studies. Associated with the media industry since 2006. Experience in various capacities including Program Host, Researcher, News Producer, Documentary Making, Voice Over, Content Writing Copy Editing, and Blogging, and currently associated with OyeYeah since 2018, working as an Editor.
All posts bySaman Siddiqui