The series will go into production next year, reportedly to be primarily filmed in England. 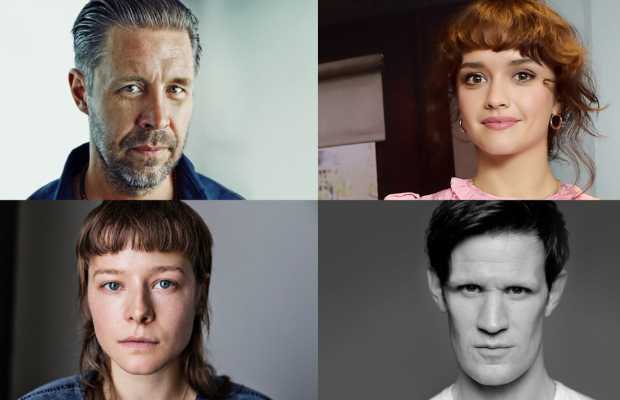 Olivia Cooke, Emma D’Arcy, Matt Smith, and Paddy Considine have joined the cast of HBO’s House Of The Dragon series.

The much-anticipated series is based on George R.R. Martin’s book Fire & Blood.

It will tell the story of House Targaryen, the House that gave us the Mother of Dragons – Daenerys Targaryen,  that takes place 300 years before the events of Game of Thrones.

As the production for the series is getting into full momentum the star cast is being finalized.

Taking it to social media, the production house revealed the new cast members joining the House Of The Dragons.

Olivia Cooke will be seen playing the character of Alicent Hightower.

“She’s the daughter of Otto Hightower, the Hand of the King, and the most comely woman in the Seven Kingdoms. She was raised in the Red Keep, close to the king and his innermost circle; she possesses both a courtly grace and a keen political acumen,” said HBO in a statement.

Emma D’Arcy will take on the part of Princess Rhaenyra Targaryen.

“The king’s first-born child. She is of pure Valyrian blood, and she is a dragon rider. Many would say that Rhaenyra was born with everything…but she was not born a man,” says HBO about her character.

The 38-year-old actor – known for playing the Doctor, as well as Prince Philip in The Crown, Matt Smith joins the  HOTD as Prince Daemon Targaryen.

Sharing about his character HBO said, “the younger brother of King Viserys and heir to the throne, Daemon is a peerless warrior and a dragon rider who possesses the true blood of the dragon. But it is said that whenever a Targaryen is born, the gods toss a coin in the air”.

While Paddy Considine (HBO’s The Third Day and The Outsider), will be playing King Viserys Targaryen.

“Viserys was chosen by the lords of Westeros to succeed the Old King, Jaehaerys Targaryen, at the Great Council at Harrenhal. A warm, kind, and decent man, Viserys only wishes to carry forward his grandfather’s legacy, but as we’ve learned from Game of Thrones, good men do not necessarily make for great kings”, said HBO in a brief about King Targaryen.

tweet
Share on FacebookShare on TwitterShare on PinterestShare on Reddit
Saman SiddiquiDecember 12, 2020
the authorSaman Siddiqui
Saman Siddiqui, A freelance journalist with a Master’s Degree in Mass Communication and MS in Peace and Conflict Studies. Associated with the media industry since 2006. Experience in various capacities including Program Host, Researcher, News Producer, Documentary Making, Voice Over, Content Writing Copy Editing, and Blogging, and currently associated with OyeYeah since 2018, working as an Editor.
All posts bySaman Siddiqui