The documentary will premiere on Paramount+ on April 22 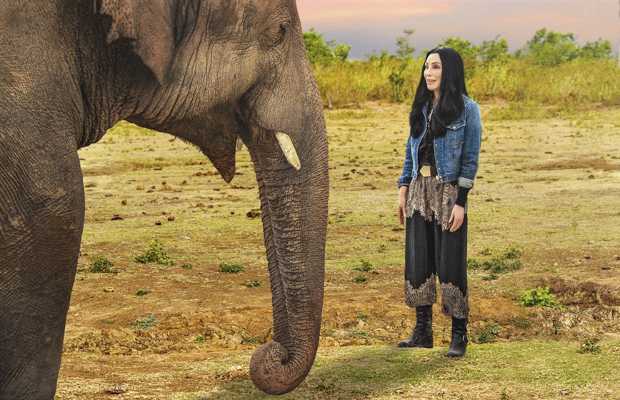 Cher drops the trailer of the documentary on Kaavan titled Cher & The Loneliest Elephant.

The documentary is based on the tale of 36-year-old Asian elephant Kaavan’s journey,

It will premiere on Paramount+ on April 22, which is also Earth Day.

The 74-year-old American singer has been the leading voice to set free this elephant free from Islamabad’s zoo after being kept for 35 years.

Kaavan reportedly suffered physical and emotional turmoil since the death of his partner in 2012 and had been diagnosed by veterinarians as overweight and malnourished.

This elephant was dubbed the “world’s loneliest elephant” by activists.

And Kaavan flew to Cambodia on November 29 on a Russian cargo plane, specially chartered for his transportation.

The documentary will feature the queen of pop sharing the emotional story of Kaavan and what moved her to help fight for his release.

The trailer kicks off with Cher in Islamabad, Pakistan, explaining the long trek on foot necessary to reach the zoo where the elephant was kept.

“I could see him from the distance,” the Oscar winner begins before the footage cuts to the giant mammal, who had a thick chain wrapped around one ankle.

“He was shackled. He was suffering.”

Cher continues: “Elephants are just like we are: They are so family-oriented and emotional. And so, I wanted to free him.”

The trailer goes on with various experts explaining the plight of Kaavan, who had been held in captivity for 35 years — with a decade spent alone — in awful conditions.

Kaavan was the only Asian elephant in Pakistan. Who is not lonely anymore!

The lone elephant’s retirement was made possible after spending 35-years in a zoo at the federal capital as the Islamabad High Court last year in May ruled that the Margazhar Zoo is not fit for animals.

The funds for the relocation of the elephant from Pakistan to Cambodia were raised by Four Paws International, the global animal welfare organization in collaboration with another animals’ rights group, Free the Wild.