Everyone makes choices as per their own moral campus 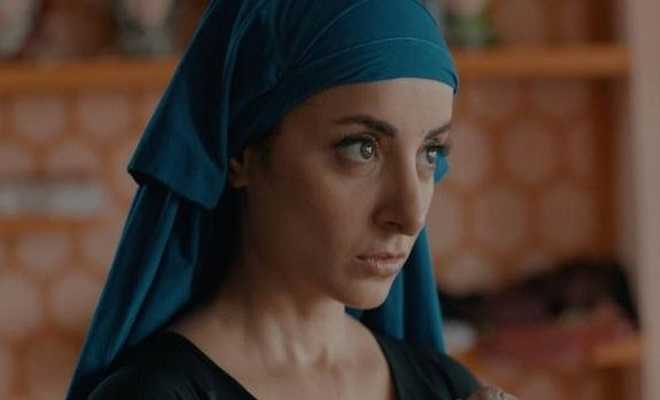 With the 1st episode “Wafa”, director and writer Asim Abbasi set up a platform this “feminist movement”. These ladies, angry at the world generally wanted revenge. They get together to channelise it in a structured manner.

In episode 2 “Aika”, we learn that our superheroes have a grey side too. There is a subtle foreshadowing of what’s to come. The four-member team now goes on a sphere to more recruit women. We get typical “selection” montage but thankfully things don’t go on the usual ridicule cycle. These women that come on board, are in for the money (and some for the thrill). Yes, they are angry or unhappy with the world, but bills have to be paid. This reflects again in the choice of cases they take. In the words of Zubaida…”Ameer untiyon ko mazeed amer kr rahey hai”.

She is the voice of conscious reminding Sara and Jugnu about their pledge to help lachar aurtien. She has a heart of gold and that is exploited by her parents. The scene depicting her forced marriage is quite telling. Her family coaxes her to get ready. Her brother mocks her weight to get her in a shadi ka jora. Everything is done tactfully. But once the “rishta” is there, the parents are emboldened. They understand that even Zubaida will not make a scene and khandan ke izat bacha leygi.

As for the Churails 1st case, it also reflects the nature of our society. We aren’t ready to accept that men can be wrong. So when the Churails find a boss, trying to entice her secretary, his wife blames Churails for destroying her home. By the end of the series, Sara’s husband uses the typical blackmailing point for women “bachaon k liye time nahe hai”, to try and stop her. It obviously doesn’t work. While Jugnu, who has had issues becoming part of the team, slowly starts to become a part of the group.

With the third episode Ghulami, Churails, and the narrative gets a little bolder. We are introduced to a lesbian couple Pinky (Bakhtawar Mazhar and Babli (Sameena Nazir). Whereas the Churails start to play around the edges of legality. In the words of Batool “Qanoon to likha he tum mardon ne hai”…hence they tried to change the playbook. They take on a case of domestic abuse and remind the husband of his responsibilities, in not a pleasant manner. In a café, watching young girls being harassed they beat up a couple of guys in public. The money being earned is also being put to good use as they start distributing safety items for women in markets etc. All things they had planned to do from the beginning.

Until…until they face a moral decision. Do they implicate a man who they know hasn’t committed the said crime but is generally devious and makes his money via coercion of the poor? A member of their group Shella (Mareeha Safdar) breaks their trust to try and help her family. This a tough choice and it brings out the authoritative side of Sara. Again it reflects the problems of capitalism. Legal isn’t always moral. What do you do?  There is a nice scene between Shams and Zubaida, on the idea of consent. It will bring a smile to your face.

Hold on to that smile, because episode 4, Izzat won’t give you much of a respite. We are told the horrific backstory of Batool. The death stare she has, there is reason aplenty for it. A child bride, she is put through the worst kind of misery one could imagine. We are told why she kills her husband and is now looking for her girl, who she has had no contact with.

Churails take on the case of Shehnaz Khalid (a mesmerizing Sania Saeed). She is a woman who has dedicated her life to her husband (Sarmad Khoosat) and their children. Now she suspects that the college professor is cheating on her. Churails to their surprise find out that in fact, he is in a same-sex relationship with a male prostitute. They are in love, the audience is told. Hence, the Churails decide not to pursue this case any further.

Everyone but Batool is on board with this decision. She returns to their “den” frustrated, angry and vengeful. She is told that her daughter got in with the wrong crowd. She became a drug addict and ran away with a boy from her adopted home. When informed about her child’s behaviour, the camera focuses on her only…the vulnerability, the despair, and rage all depicting via her expressions.

This brews the perfect storm as she pushes Zubaida to go against Sara’s order and expose the husband. This leads to one of the most gruesome scenes of the series. On Batool’s advice, Shehnaz Khalid murders her husband and then proceeds to chopping his leg and cooking nihari with it. The image of Sania Saeed gashing on a big meaty leg will stick in your mind.

The show thus far has got a bit of criticism for this episode. Most I have read, miss out on the history and the mental state of Batool. This isn’t about who the husband is…rather it’s just he happens to be a male, who in her eyes is hurting his wife. There is no glorifying the act either. A low bar has been set in representing people same-sex orientation in media generally. With various characters, Asim Abbasi gives them space. Perhaps not as much as some may have liked but it still is progress.

The episode ends at an intriguing point. The whole construct of the show is falling apart now. Churail’s aims were noble but real-world problems are complicated. The girls find it out the hard way.