Critics are in love with Jason Momoa’s Aquaman

Terming it the best DC movie since The Dark Knight! 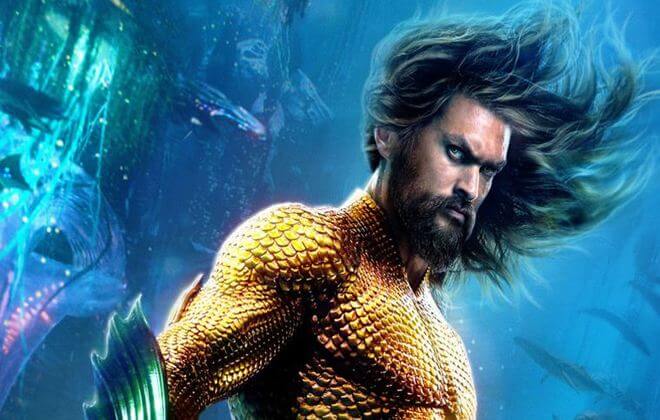 After years of pre-production, development, and shooting, DC’s Aquaman will be finally swimming its way into theaters in less than a month.

Starring Jason Momoa, Amber Heard and Patrick Wilson in the lead, the James Wann directorial Aquaman is all set to release on 21st December.

The film had an early press screening. And as soon as the embargo was lifted, critics took to Twitter and expressing their opinion with the world on the superhero epic.

Though the official in-depth reviews are not allowed to be published just yet, these early snippets of reactions will have to hold fans over as they wait eagerly to find out how this film really turns out to be at the cinemas.

But looking at the twitter reviews, film is being rated as Wonder Woman than Batman vs Superman: Dawn of Justice or Justice League.

These are the early reactions to Aquaman that you have to look at:

#Aquaman is AWESOME & absolutely delivers! Not only is @prideofgyypsies the King of Atlantis, but also the newly crowned King of the DCEU! 🔱👑 I can't wait to see it again! pic.twitter.com/boVAKdcNIA

#Aquaman was an absolute blast, from the charm of Momoa's Arthur Curry, to the spectacular visuals to the fun that it was clear that everyone was having. It was exactly what I was hoping for and I can't wait to see it again! I'll give you more details when I'm allowed! pic.twitter.com/FyeczAJJIJ

#Aquaman is AWESOME & absolutely delivers! Not only is @prideofgyypsies the King of Atlantis, but also the newly crowned King of the DCEU! 🔱👑 I can't wait to see it again! pic.twitter.com/boVAKdcNIA

I’ll take some heat for this, but #Aquaman is the best Marvel movie that DC has made. That doesn’t mean it’s exactly like that formula, but it feels like a film that knows what it is, what it’s selling and who it’s selling to. There’s no identity crisis here.

I’ve seen @creepypuppet ‘s @aquamanmovie and it’s one terrific adventure. #JasonMamoa and #AmberHeard are fantastic together, both bringing a ton of humor. This is good stuff! It also happens to be gorgeous to look at! Check out @arcticninjapaul ‘s full review @joblocom soon! pic.twitter.com/YQ8AhwD26c

The world is visually incredible. Jason Momoa as Arthur Curry is a total bad-ass. @yahya and @patrickwilson73 stand out! pic.twitter.com/2IvDCEq7VU

There were moments where I felt #Aquaman might be running a little long but it has SO much to unpack in building its own isolated world.

Movie isn't out yet but I want more from Wan, Momoa, & co.

Aquaman is a big, fun, wild ride. It’s unabashedly melodramatic and over the top with the largest, most ambitious sense of scale imaginable. Parts of it are kind of bad but they are not the majority and, oddly, still fit in with the cartoony tone. 2nd best DCU movie. YEEEAAHH! pic.twitter.com/3GLlK3uQJ3

WB should be handing the DCEU reins to James Wan, he's proven he can, ahem, right the ship. pic.twitter.com/4hjxdmNLDf

Excited I can now say how much I enjoyed #Aquaman! It's a cool adventure built on some tremendous action sequences and set pieces, with a great hero arc/performance from Jason Momoa as the glue. There's fun world building, and it looks wonderful. A great step for the DCEU. pic.twitter.com/Z5iPdilMIR

tweet
Share on FacebookShare on TwitterShare on PinterestShare on Reddit
Saman SiddiquiNovember 28, 2018
the authorSaman Siddiqui
Saman Siddiqui, A freelance journalist with a Master’s Degree in Mass Communication and MS in Peace and Conflict Studies. Associated with the media industry since 2006. Experience in various capacities including Program Host, Researcher, News Producer, Documentary Making, Voice Over, Content Writing Copy Editing, and Blogging, and currently associated with OyeYeah since 2018, working as an Editor.
All posts bySaman Siddiqui