Do you have a friend name Usman? 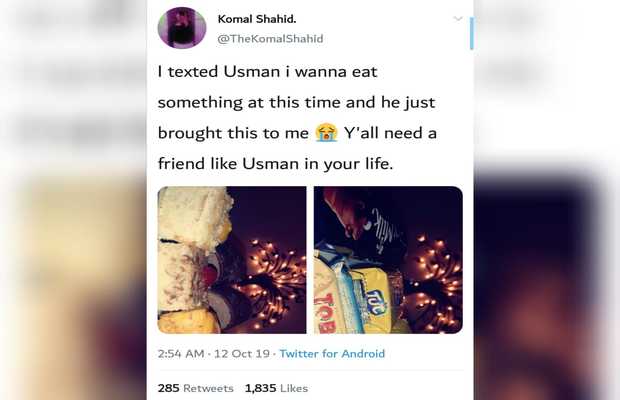 Who is this boy named Usman? Those who use Twitter are still wondering as this name became an overnight trend on the microblogging and social networking site.

It all started with a random tweet by a person named Komal Shahid sharing about the more caring friend named Usman and ended up as the next most sensational thing happing in Pakistan in social media. We bet whoever saw this #Usman ended up scrolling hundreds of twitter messages following this hashtag.

With a bit of luck, every person named Usman must be feeling like a hero after this trending name. It’s one of its kind cases when a non-issue quote garnered the whole nation’s attention, as usually twitter is known to hit at a certain issue.

Komal would have had thought once that in no time #Usman will start trending on twitter. Memes, jokes, messages, what was not shared, urging the Twitteratis to have a friend like Usman in their lives. 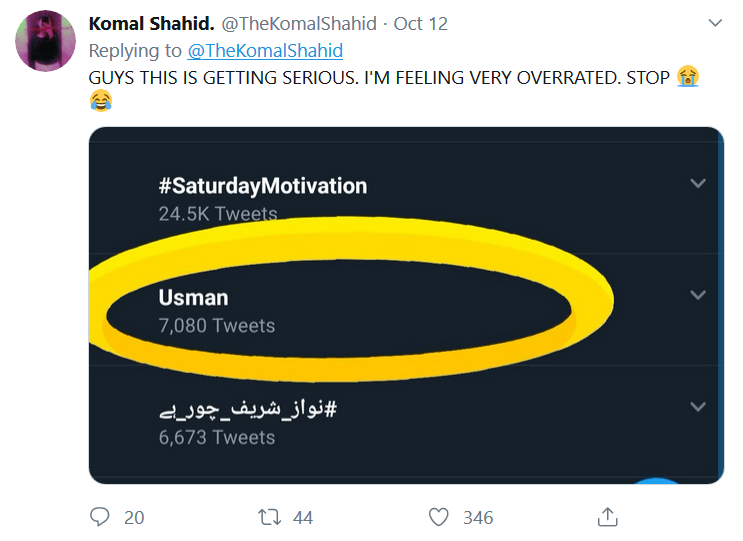 And what happened overnight on twitter, here have a look:

#Usman watching Komal going out with someone else!
And thinking about all the meals he bought for Her. pic.twitter.com/lVE9M89R3o

I texted Saba i wanna eat something at this time and she just brought this to me 😭 Y'all need a friend like Saba in your life. Lub u saba😭😭😭😭😭 #usman pic.twitter.com/T7RQlPEXBu

When you are ugly af but still maintain to be her friend by bringing food for her at mindnight #usman pic.twitter.com/uIoS0IHn5j

tweet
Share on FacebookShare on TwitterShare on PinterestShare on Reddit
Saman SiddiquiOctober 13, 2019
the authorSaman Siddiqui
Saman Siddiqui, A freelance journalist with a Master’s Degree in Mass Communication and MS in Peace and Conflict Studies. Associated with the media industry since 2006. Experience in various capacities including Program Host, Researcher, News Producer, Documentary Making, Voice Over, Content Writing Copy Editing, and Blogging, and currently associated with OyeYeah since 2018, working as an Editor.
All posts bySaman Siddiqui