The drama will premiere on Nov. 27 on ARY digital. 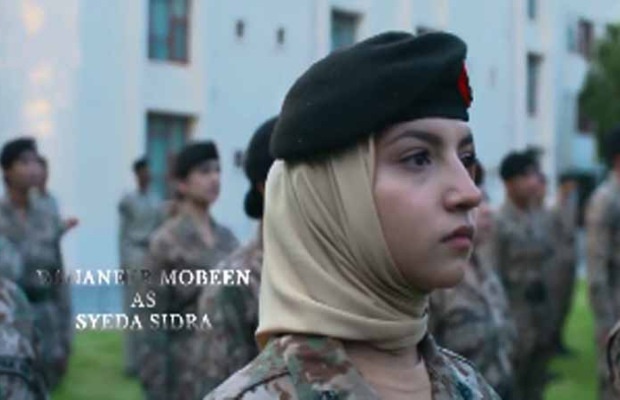 Dananeer, the “Pawri Girl” is all set for her acting debut with the much-anticipated drama Sinf-e-Ahan.

Dananeer Mobeen became a social media sensation after the Party Horahi hai viral video will be joining the star-studded cast of the ISPR and Humayun Saeed’s production.

The drama will premiere on Nov. 27 on ARY digital channel.

The latest trailer of the drama gives a glimpse at Denaneer clad in cadet uniform.

Pakistanis are surely excited to the women of steel will hit the screens.

The story of the drama is written by Umera Ahmed yet, however, the first look of drama reveals the characters in making, hinting at what this Sinf-e-Aahan is all about.