Danish Nawaz gears up for his next directorial venture on HUM TV with Junaid and Aimen Khan! 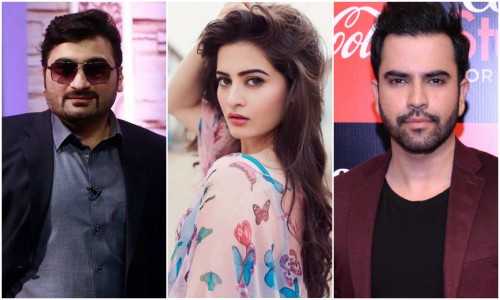 We believe Danish Nawaz is one gifted actor and director when it comes to comedy dramas or sitcoms. However, Nawaz has changed our perception about his abilities only related to sitcoms and comedy lately. With a hit romantic/family drama to his credit, Sun Yaara, Danish Nawaz has  certainly redefined his capabilities as a director. And now, the latest news is that Danish is all set for his next directorial venture for Hum TV, starring Aiman Khan and Junaid Khan.

Oye Yeah team approached Danish Nawaz and had little chit chat session about his upcoming project. ” Yes I am directing a play for HUM TV and the main lead cast are Aiman Khan and Junaid Khan and the writer of the play is Misbah”. shared Danish.  Upon enquiring what the play is all about Danish replied. ” No the play is a simple love story and is related about family ties and love. Also, we have some intense emotions going through the story but it does not raise big societal issues.”

Also according to a leading blog, the name of the project is titled to be Ishaq Tamasha and it will star Junaid Khan, Aiman Khan, Faizan Khawaja and Kinza Hashmi in the lead. The drama will revolve around the bonding of two brothers and how one of them mistakes a girl for being someone else and ensues trouble for both the families. Ishaq Tamasha is slated for a late February release on Hum TV and we’re certainly excited for this one!

tweet
Share on FacebookShare on TwitterShare on PinterestShare on Reddit
Rameeza NasimFebruary 5, 2018
the authorRameeza Nasim
Rameeza Nasim, a Paralian, passionate about poetry, drama and fiction. By giving drama critiques I feel like I am endorsing the writer's message to the audiences, I love my job. Being a critic responsibility lies on my shoulders to point out the flaws and shortcomings of the play be it on writer's , performers or director's end . I did my Masters in English Literature and Linguistics .
All posts byRameeza Nasim