Deadpool 2: With apologies to David Beckham

The film releases May 18th 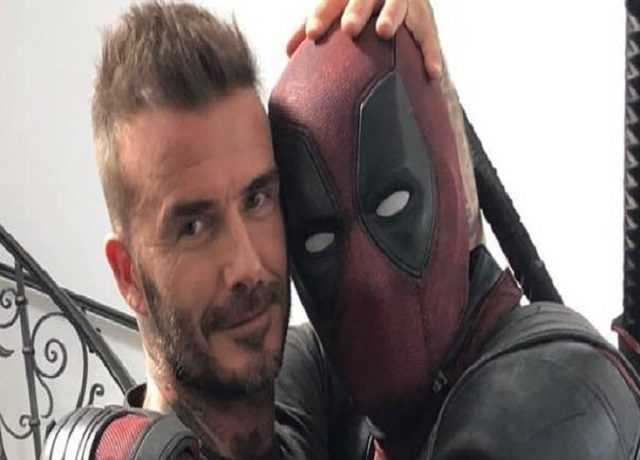 As date for official release nears there is some extra ordinary film promotion is ongoing as well. Deadpool 2 new teaser is out, featuring Ryan Reynolds and the soccer great David Beckham hanging out feud. This funny teaser leaves the fans laughing before superhero sequel’s opening.

It’s a crazy trailer, Deadpool, shows up at David Beckham’s door apologizing for something rude and offensive he has said about iconic football player David Beckham in the first part of Deadpool movie. First he sends him a sorry text later arrives at Beckham’s door. There is cute and rude conversation going on and David keeps on slamming the door at Deadpool’s face, who also brought along several goodies to say sorry.

Beckham asks for what he has been apologizing for, as take it for Ryan Reynolds bad movies. He brings up several of Reynold’s previous films, including Green Lantern, RIPD, Selfless, Blade Trinity, and Boltneck, but it’s only that last one that gets Deadpool upset. And in the end both get along sitting on sofa, it’s really hilarious to watch.

Deadpool 2 will be releasing on 18th of May. Before its official release Deadpool 2 has started screening for critics around the world and many are calling it the Fox superhero sequel better than the original film. Earlier Singer Celine Dion released new music from the Deadpool 2 soundtrack “Ashes”, with an accompanying video starring Deadpool.

tweet
Share on FacebookShare on TwitterShare on PinterestShare on Reddit
Saman SiddiquiMay 16, 2018
the authorSaman Siddiqui
Saman Siddiqui, A freelance journalist with a Master’s Degree in Mass Communication and MS in Peace and Conflict Studies. Associated with the media industry since 2006. Experience in various capacities including Program Host, Researcher, News Producer, Documentary Making, Voice Over, Content Writing Copy Editing, and Blogging, and currently associated with OyeYeah since 2018, working as an Editor.
All posts bySaman Siddiqui