Dil-e-Bereham’s OST offers something unique to the audiences!

The official soundtrack has been sung by none other than Shuja Haider in his soulful voice! 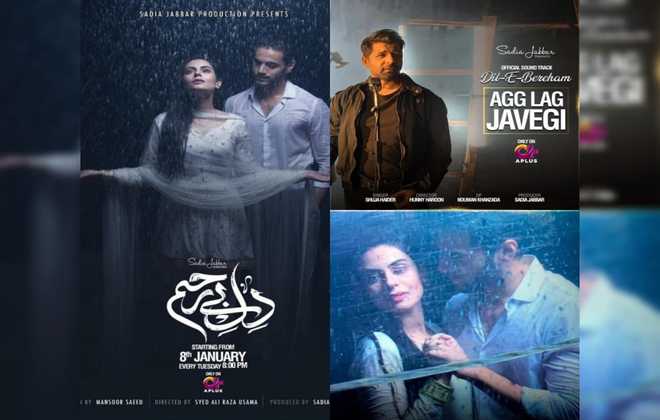 The OST of drama series Dil e Bereham, Aaj Lag Javegi is offering something very unique to the drama audiences. The official soundtrack has been sung by none other than Shuja Haider in his soulful voice.  And he has done an amazing job. After listening to it, one definitely wants to put it on loop!

There is a very unique, original feel in the video of the OST which has added a contemporary feel to this Pakistani drama and seems like it is going to set a trend for OSTs in the drama industry. Video of this song is directed by Hunny Haroon.

The lyrics and the composition have taken the tale of love and romance to another level and not to forget the melodious vocals. The video features the lead actors of the upcoming drama series Amar Khan and Wahaj Ali, who share sizzling chemistry on screen.

From this OST, it is obvious that the story of the drama is going to keep audiences engaged for sure. The drama which apparently seems to be based on love story but also contains the element of hate, reveals a close source.

If you closely look at the expressions shared in this OST with the aid of lyrics, do provide the glimpse at how the story will progress in the drama series.

Dil-e-Bereham is a Saddia Jabbar production, which will premiere on 8th of January, only on A Plus Entertainment channel.