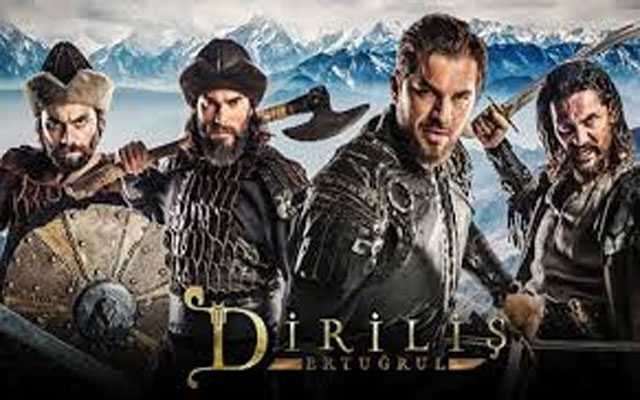 The makers of the mega-hit Turkish series “Diriliş Ertuğrul” have said the far-reaching response from the viewers in Pakistan to its Urdu-dubbed version currently being aired in the country have overwhelmed the team on its popularity.

Riyaad Minty, the head of the TRT team working with Pakistan Television (PTV) to broadcast the show in the country spoke to BBC Urdu about the success of the series in the South Asian nation.

“Ertuğrul has gone viral in Pakistan and its episodes are trending on YouTube in Pakistan every day,” he said, adding that there are more than 30 million views and over 600,000 subscribers on Youtube channel.

“However, with growing popularity, these numbers are expected to climb up in the coming days,” he hoped.

The show was originally produced by the state-owned media company of Turkey— TRT in collaboration with a private company. Later, the historic drama was dubbed into various languages and was streamed online around the world.

The popular show was created by Mehmet Bozdağ, the drama features Engin Altan Düzyatan in the lead (Ertuğrul) role.

The series is also available on Netflix and YouTube with English subtitles which have added to its popularity beyond Turkey.

Earlier, Prime Minister Imran Khan had shared his views on the Turkish series and made his recommendation to Pakistani youth to watch it.

“Pakistani youth can learn about Islamic history and ethics by watching Turkish drama.” PM Khan said during a media interaction.