It begins with a familiar scene set to the chant from “The Circle of Life” as the sun rises and Rafiki lifts Simba over the kingdom. 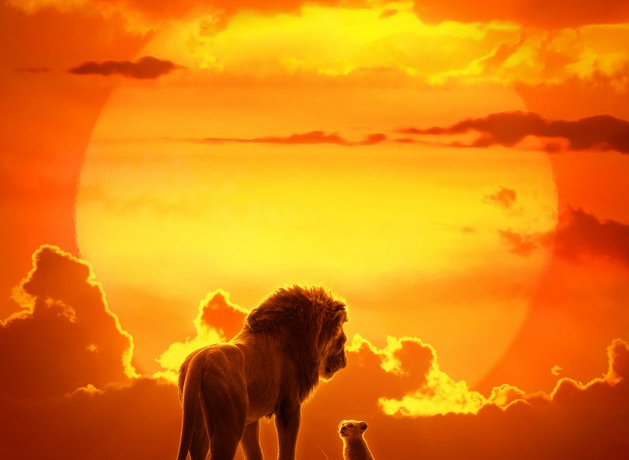 Disney has shared the new trailer of the much anticipated live-action film the Lion King, which will hit theaters on 19th of July.

This first full-length trailer for Disney’s live-action remake of “The Lion King” was dropped during Sunday’s Oscars.

Though this new trailer does not reveal much about the classic remake, it does look almost mirror image of the original 1994 animated classic. The visual effects make the introduction to Simba even more nostalgic.

This trailer was released during the Oscars’ commercial break begins with the savannah sunrise and with Rafiki declaring, “It’s time” and we are instantly taken back to our childhood.


The voice cast includes James Earl Jones, returning to his original role as Mufasa from the original film, along with Donald Glover as Simba, Beyonce as Nala and Chiwetel Ejiofor as Scar.

Along with the new trailer, Disney has also shared the brand new poster for ‘The Lion King’.

The filmmaker behind movies such as “Iron Man,” “Elf,” and “Spider-Man: Homecoming”, Jon Favreau is directing the live-action Lion King.

The first teaser trailer released last year in November became Disney’s most-watched trailer in a day, racking up a record 224.6 million views in its first 24 hours.

To our entire pride: Thank you for helping the teaser trailer for #TheLionKing become the most-viewed Disney trailer debut ever as it reached a record-breaking 224.6 million global views in 24 hours! pic.twitter.com/iEPrmFKaEM