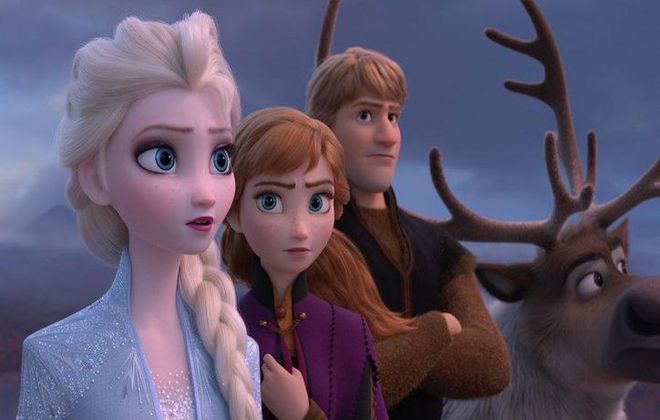 Disney has surprisingly shared the first trailer for the sequel of much-anticipated film Frozen. This sequel Frozen 2 is slated to hit the theaters on 22nd November.

Less than 2-min duration trailer of Frozen 2 reveals Queen Elsa (Idina Menzel) trying to go across the ocean. Surely, the plot has a new twist to offer.

This teaser doesn’t reveal much about the storyline of anticipated sequel, but it does showcase Elsa reuniting with some familiar faces, including Princess Anna (Kristen Bell), Olaf (Josh Gad), Kristoff (Jonathan Groff), and his friendly reindeer named Sven.

Directors Jennifer Lee and Chris Buck have returned for the sequel, along with songwriters Kristen Anderson-Lopez and Robert Lopez.

The script for this sequel is co-written by Lee with “Hidden Figures” scribe Allison Schroeder. Lee while talking to the media earlier told that the upcoming animated adventure will still focus on Arendelle royalty Elsa and Anna, but it will be “bigger” and “more epic” in scale.

“They’re going to go far out of Arendelle,” she said.

The first film Frozen was a massive hit when released in 2013, which grabbed over $1.3 billion at the worldwide box office, and also bagged along two Oscars.

Frozen is still the highest-grossing animated film ever, and also the 13th biggest movie of all time. So naturally, the upcoming Frozen 2 has much higher stakes to follow.