Film will not include real animals, but will be made in the same style as Disney's remakes of "The Jungle Book" and "The Lion King." 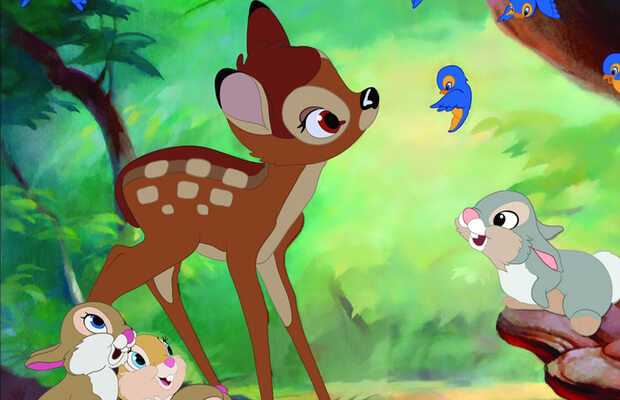 Disney is all set to make a live-action remake of Bambi, the classic animated film from 1942.

According to the initial reports, Bambi live-action will not include real animals, but will be made in the same style as Disney’s remakes of “The Jungle Book” and “The Lion King.”

To tell the story of the titular fawn who befriends a rabbit and skunk before coping with the death of his mother at the hands of a hunter, the film will employ photo-realistic CGI technology.

As being reported, screenwriters Geneva Robertson-Dworet (“Captain Marvel”) and Lindsey Beer (“Sierra Burgess Is a Loser”) have been roped in to write the screenplay, with Chris and Paul Weitz’s Depth of Field producing.

Since 2010’s “Alice in Wonderland,” Disney’s business of making live-action films of classics cartoons has so far minted over $8.2 billion worldwide for the studio.

Disney has already lined up “Mulan” from director Niki Caro, and the “101 Dalmatians” prequel “Cruella” with Emma Stone to debut in May 2021.