Aziz Jindani brings across a story that is not only interesting but visually pleasing as well. 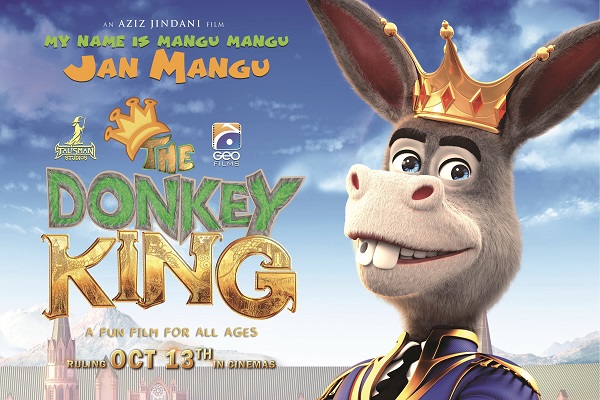 The king of Azad Nagar has decided to retire but who is going to be his replacement? His secretary, the Chalak Lomri (cunning fox) has the perfect solution, to bring in the donkey. First time in history, a donkey, is all set to govern the jungle. But is he apt? Why did the fox choose him? Does she have some evil motive?

Whatever, the reason, Mangu, becomes the new king and the King he is. Although carefree and untrained at first, Mangu gauges the unease in the air and vows to become the real king, to prove that he deserves the throne.

Voiced over by some of the most acclaimed artists in Pakistan, including Afzal Khan (Jan Rambo) Hina Dilpazeer, Javed Sheikh, Ismail Tara, Ahsan Rahim and others, The Donkey King brings across a high end, entertaining animated feature in Pakistan. The film with its HD animations will definitely set a higher benchmark for all upcoming animated films in the country.

So be prepared, Aziz Jindani at Talisman Studios, has created a funny masterpiece, one that will entertain people of all ages. Look forward to Mangu- the washing machine aka The Donkey King, on 13th October, in theatres across Pakistan.