Downton Abbey Film’s first trailer will take you back in time! 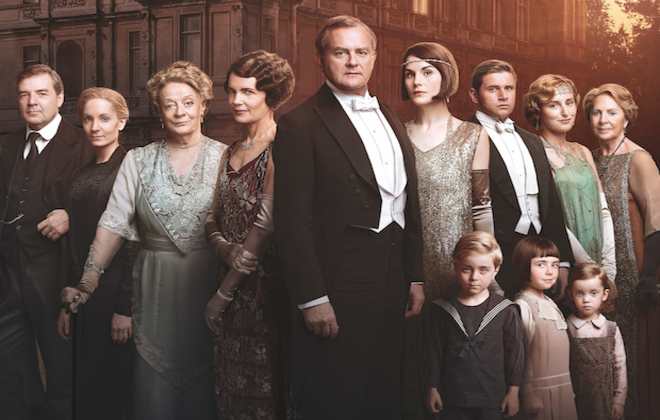 The first trailer of the film Downton Abbey is finally out. The TV series which kept the audiences captivated for the six seasons is returning to the silver screen with all of its grandeur. It will take you back in 20th century, in which the original series was set.

The trailer was also shared by Downton Abbey’ official twitter account with an invitation for its fans, who eagerly wait for the film to get released.

The tweet was captioned: You are cordially invited to return to Downton Abbey. Only in theaters 2019. #DowntonAbbeyFilm

You are cordially invited to return to Downton Abbey. Only in theaters 2019. #DowntonAbbeyFilm pic.twitter.com/tQ0qqj1HU1

The trailer does not show any other details except the familiar images of the Crawley’s residence. The brief trailer gives a glimpse at everyday routine like the staff waiting out front for an arrival or departure, and sweeping visuals inside and outside of the estate. And also the familiar musical cords.

The only detail we get to know is that the film will be releasing in 2019, from the trailer it’s obvious that it will be most probably summer release.

The original period drama series was set in the 20th century, which followed the lives of the Crawley family, headed by the Earl of Grantham, and their servants as they navigate through the changing times from the Edwardian heyday of the British aristocracy, to World War I and the changing times of 1920s.

The show started off taking place in 1912 and concluded in 1925. The motor bike shown in the trailer riding towards the mansion hits the film will also be set in the changing times.

The original series have won three Golden Globes and 15 Emmys during its six seasons, which began in 2010 and wrapped up in 2016. Let’s wait Downton Abbey film turns out to be.