Welcome back to Downton. Only in theaters this September! 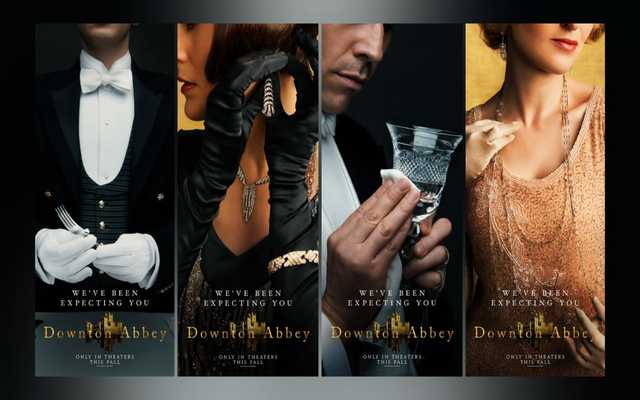 The TV series which kept the audiences captivated for the six seasons is returning to the silver screen with all of its grandeur, this September.  It will take you back in the 20th century, in which the original series was set.

The much loved period drama being directed by Michael Engler has teased their fans with the highly anticipated spin-off film with a series of character posters.

The film will pick up approximately 18 months from where the 2016 series finale left off ‘at the stroke of midnight on Jan. 1, 1926’ to be precise!

Film makers shared the first glimpse at the film back in December, last year when film’s first trailer was released. It did not give away much about the film; however, it took the fans to the Crawley’s residence.

It showed the everyday routine if the staff waiting out in at the front for an arrival or departure, the sweeping visuals of the interior and exterior of the estate, and also the familiar musical cords. It seems like other details will be coming out soon as the release date nears.

With the newly released posters, its seems like the estate is all set for some grand party, the ladies of the family are all dolled up in the posters. Including the staff, who have taken out the crystal ware and cutlery, dressed in the best possible way!

The downstairs staff is shown with Thomas Barrow (played by Robert James-Collier) polishing a glass and Andy Parker (Michael C. Fox) in his footman finery holding the silverware. They have been waiting for dinner, haven’t they!

This period-drama series ran for six seasons between 2010 and 2015 and have won several awards including Emmys and Golden Globes, which means the upcoming film has much higher stakes for pleasing the fans.

tweet
Share on FacebookShare on TwitterShare on PinterestShare on Reddit
Saman SiddiquiMarch 28, 2019
the authorSaman Siddiqui
Saman Siddiqui, A freelance journalist with a Master’s Degree in Mass Communication and MS in Peace and Conflict Studies. Associated with the media industry since 2006. Experience in various capacities including Program Host, Researcher, News Producer, Documentary Making, Voice Over, Content Writing Copy Editing, and Blogging, and currently associated with OyeYeah since 2018, working as an Editor.
All posts bySaman Siddiqui