The first episode will be telecast on Hum Tv on Jan 9. 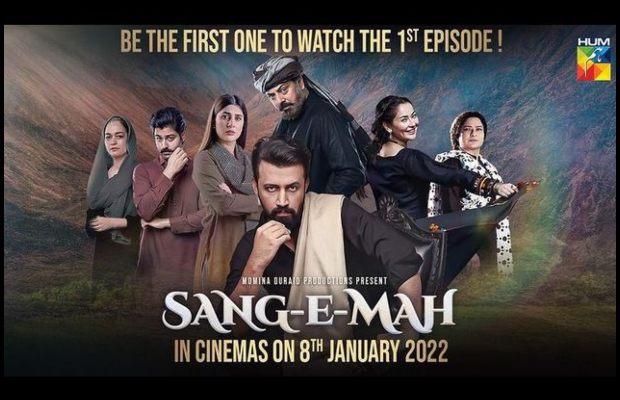 Drama Sang-e-Mah’s first episode premiere in theaters has been pushed back to January!

The much-anticipated drama serial with a stellar cast is just around the corner.

Initially, there were plans to release the first episode of Saife Hassan directorial in selected cinemas on Jan 7.

However, the first episode will now be arriving on the silver screen on Jan 8 and will be telecast on Hum Tv on Jan 9.

The story of the hit sequel to 2016’s Sang-e-Mar Mar, follows a family belonging to the tribal areas of Pakistan and their traditional values that are prioritized over love and even their lives.

The drama will also highlight sensitive social issues including  ‘Ghag’ — a custom where a call is made by a man to claim a woman for marriage.

The lead actress of the drama, Hania Aamir took to social media to highlight the main theme upon with the story will be based. 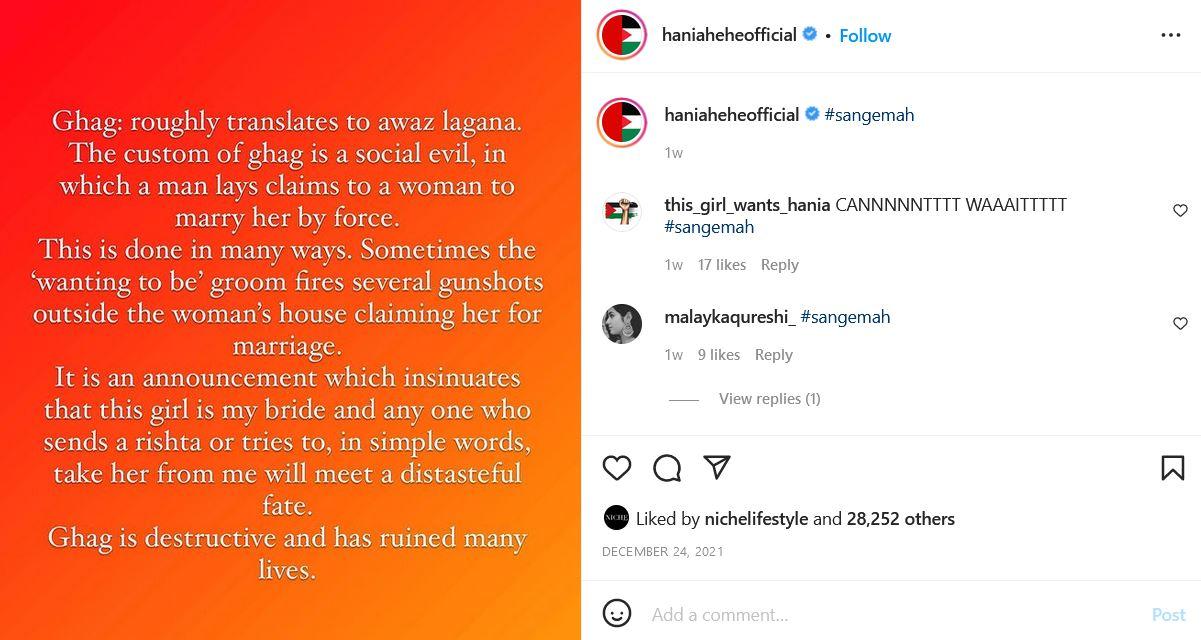