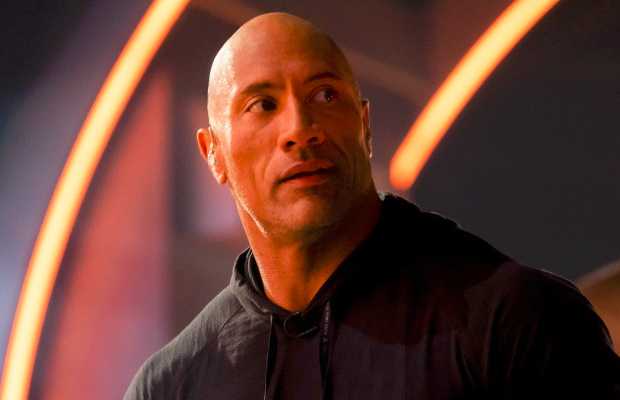 Dwayne Johnson in his latest social media post revealed the release date of the much-anticipated superhero film Black Adam, says “The hierarchy of power in the DC universe is about to change.”

Dwayne Johnson reveals that “Black Adam” will release on July 29, 2022. It was previously scheduled for release in December of this year.

Posting the release date on Instagram, along with a video of his voiceover blasting in Times Square, The Rock captioned his post, saying, “A disruptive and unstoppable global force of a message from the man in black himself ⬛️🌍⚡️ BLACK ADAM is coming July 29, 2022. The hierarchy of power in the DC Universe is about to change.”

Directed by Jaume Collet-Serra, “Black Adam” follows the story of the anti-hero of the same name, played by Dwayne Johnson.

The character of Black Adam first appeared in DC Comics in the 1940s as a power-corrupt villain, and slowly became an anti-hero by the 2000s, known for his disregard of rules and conventions.

The titular antihero’s story marks the first solo movie for this character, which will converge with that of the Justice Society of America.

It was revealed a week ago that actor Pierce Brosnan had been cast as JSA founding member Dr. Fate, A.K.A. Kent Nelson.

The star cast of the film also includes Noah Centineo playing Atom Smasher, Aldis Hodge as Hawkman, and Quintessa Swindell as Cyclone, as well as Marwan Kenzari in a currently unknown role and Sarah Shahi as “a university professor and freedom fighter leading the resistance in Kahndaq.”

tweet
Share on FacebookShare on TwitterShare on PinterestShare on Reddit
Saman SiddiquiMarch 29, 2021
the authorSaman Siddiqui
Saman Siddiqui, A freelance journalist with a Master’s Degree in Mass Communication and MS in Peace and Conflict Studies. Associated with the media industry since 2006. Experience in various capacities including Program Host, Researcher, News Producer, Documentary Making, Voice Over, Content Writing Copy Editing, and Blogging, and currently associated with OyeYeah since 2018, working as an Editor.
All posts bySaman Siddiqui