As HBO's latest promotion shows, only Elmo, from House Sesame Street, can save the realm now. 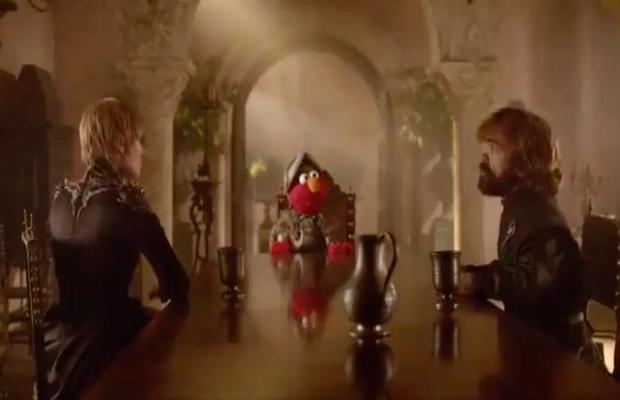 Respect brings us together, and if anyone can convince Game of Thrones’s Cersei and Tyrion to get along, a familiar furry red friend might just be the one.

A was released on Thursday, emphasizing on respect, the “Sesame Street” favourite red furry guy tries to encourage levelheaded dialogue between Cersei and Tyrion Lannister, who are in a tense conversation when Elmo arrives.

“I only want what’s best for Westeros,” Tyrion says.

“And I only want for you not to get what you want,” Cersei bites back.

“See, this is why you don’t have any friends,” her brother retorts.

“Elmo thinks that you two need to respect each other,” says Elmo,

“When Elmo has a problem with his friends like Abby or Cookie Monster, Elmo doesn’t get upset. Elmo listens and learns from what they have to say,” says Elmo

“Sesame Street” has teased the video on Twitter with #RespectIsComing.