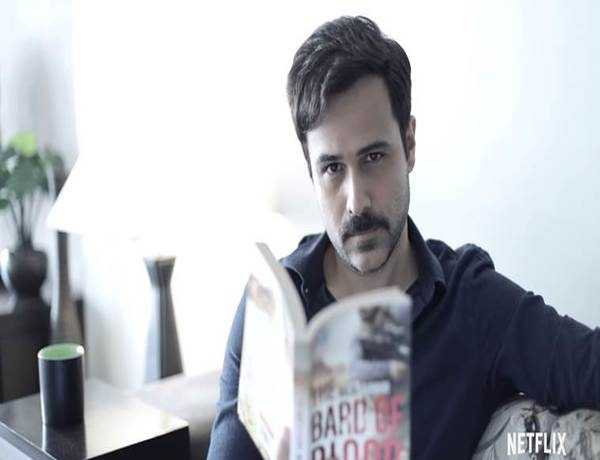 After Saif Ali Khan, Bollywood’s popular naughty hero Emraan Hashmi gets a lead role in a Netflix original series “Brad of Blood”. And the series is being produced by Red Chillies Entertainment, the production label of Bollywood’s super star Shah Rukh Khan. News was shared by both the Netflix and Emraan Hashmi on twitter.

God has given you one face and you make another. Emraan Hashmi is Kabir Anand in The Bard of Blood!@iamsrk @emraanhashmi @RedChilliesEnt pic.twitter.com/gTPLsw3FOk

The answer is to be. Ready 'to be' Kabir Anand. Excited to be a part of this thrilling journey !! 😀@NetflixIndia @RedChilliesEnt @iamsrk @_gauravverma @bilals158 #EmraanInBardOfBlood https://t.co/d5l1EfeHFr

The series is reported to be set against the backdrop of the Indian subcontinent, which tells the story of an expelled spy Kabir Anand played by Emraan Hashmi, who is recalled from his new life as a Shakespeare professor to save his country and former love. The series is based on  Bilal Siddiqi’s bestselling 2015 book of the same name.

Netflix has shared the story plot of the series in a statement saying, “A combination of combat skills, intellectual background and personal circumstances propel (him) to avenge the past and face his deadliest enemies in a race against time”. It was last year in November when Netflix announced the plans to make the adapted series.

tweet
Share on FacebookShare on TwitterShare on PinterestShare on Reddit
Saman SiddiquiJuly 30, 2018
the authorSaman Siddiqui
Saman Siddiqui, A freelance journalist with a Master’s Degree in Mass Communication and MS in Peace and Conflict Studies. Associated with the media industry since 2006. Experience in various capacities including Program Host, Researcher, News Producer, Documentary Making, Voice Over, Content Writing Copy Editing, and Blogging, and currently associated with OyeYeah since 2018, working as an Editor.
All posts bySaman Siddiqui