Episode 1 in review: Shameless Proposals pick up a serious issue with a lighthearted approach

The episode hits the point home with apt sature 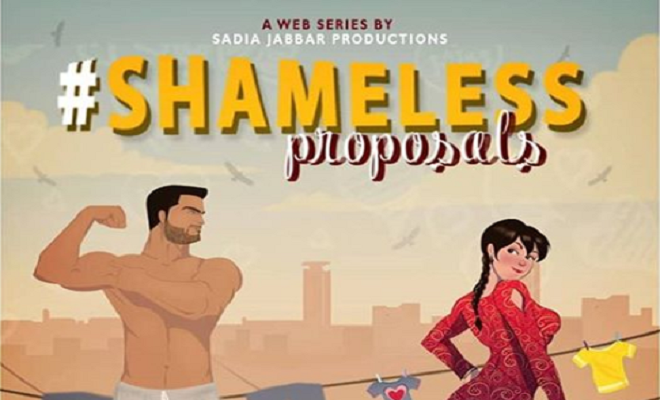 Would you marry off your daughter to a boy who looks great but has zero values? Someone with a heavy bank balance but an empty heart? Someone who’ll consider your daughter a punching bag to vent out his frustrations? And while you ponder over it, I’ll say the best thing would be to go ask your daughter how she’d feel to be at the receiving end of all these atrocities her future ‘husband’ would put her through.

The first episode of Sadia Jabbar’s webseries, Shameless Proposals, addresses the very same issues but with a very lighthearted approach, something which makes the entire ordeal rather bearable. Here we have a ‘macho’ who’ll do just about everything to keep his manhood intact on the surface. Along with him is a family who blatantly ignores all the faults in their son because he’s a man after all. The girl’s dadi (grandmother) very artfully depicts the mindset of the women of our own society, an aggressive, controlling man is a true man, a Mard, as they put it. And her parents, well, they just want to get their daughter married at all costs.

However, the approach to what a girl actually wants, has been shown as it should be. The actress’s monologue delivers a great punch, without even administering one. She talks, albeit not like a lady, but definitely about what a woman actually wants. Being married to a control freak, who doesn’t even bother about the physical violence he induces, is unacceptable and its high time girls speak against it themselves. This one girl does and she does it rather well.

For now, we’re impressed by the first episode of Shameless Proposals and definitely looking forward to more. Because, our society, definitely needs an eye openers. And with as laid back attitudes as ours, satire is the only way to hit the point home.

Watch the first episode here and tell us what you think about it?