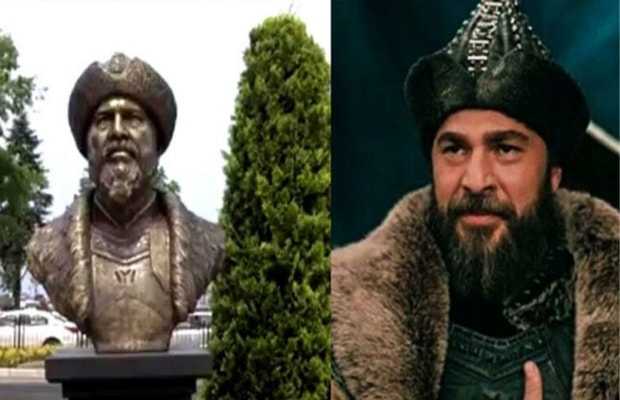 Following the hype of Diriliş Ertuğrul in Turkey and abroad, a statue of the historic hero Ertugrul Ghazi was put up in Turkey recently. However, for bearing an uncanny resemblance to actor Engin Altan Düzyatan, the monument was soon removed by the city’s municipal authority.

“We were disturbed by the fact that the bust of Ertuğrul Gazi resembles Engin Altan Düzyatan, the leading actor in the Resurrection Ertuğrul series and the same day the bust in question was removed,” said a statement released by municipal.

“Necessary investigation has been initiated about those responsible for negligence. We thank all the public for the sensitivity they have shown,” the statement further added.

In recent years Resurrection Ertugrul, Dirilis Ertugrul, or Ertugrul Ghazi has become one of the most popular Turkish dramas. First, the drama went on air in Turkey on its state channel, then was picked by Netflix followed by Pakistani state channel.