The show airs every Thursday at 8 pm on Express Entertainment. 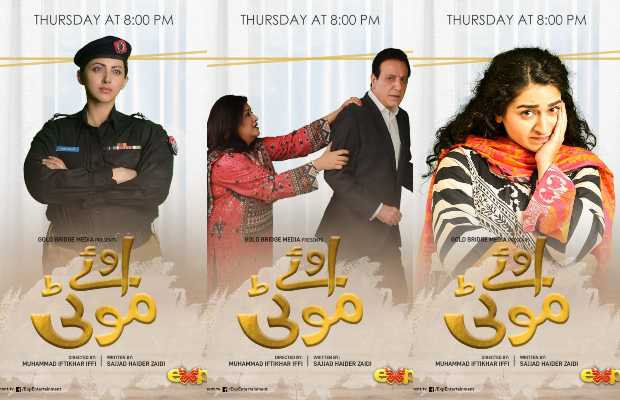 Express Entertainment’s latest series Oye Moti, is based around the theme of the body-shaming faced by Pakistani women. Each episode features a different story of a woman faced with the body and fat shaming and how she overcomes the obstacles of society’s perception of her worth. It is noteworthy that each story has a female protagonist who is strong-willed and achieves her goals.

The issue of fat-shaming and body-shaming is gaining traction as a growing social problem in Pakistan. The series aims to not only educate the audience on the issue but also normalize the acceptance of different kinds of beauty standards as opposed to a singular one.

The show airs every Thursday at 8 pm on Express Entertainment. The series is conceptualized by Mukhtar Ahmed, written by Sajjad Haider Zaidi, and directed by Muhammad Iftikhar Iffi. The show is produced by Goldbridge Media.