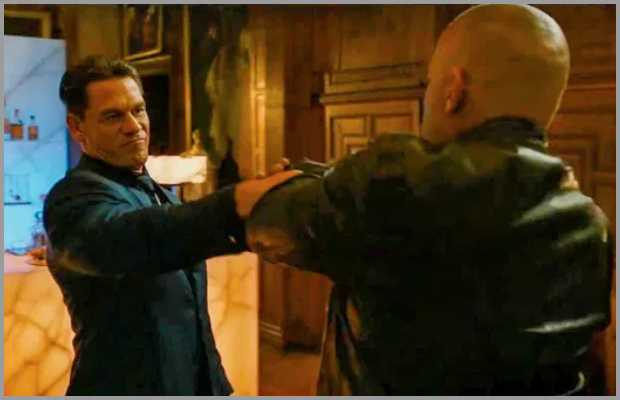 Universal Pictures has released a new trailer for the much-awaited Fast and Furious 9.

The four-minute-long action-packed trailer has left the fans more than excited as they impatiently wait for the film’s release.

After facing a number of changes in the release date due to the ongoing pandemic, it will now arrive in theaters on June 25th, if plans go unchanged!

This trailer stars Vin Diesel and John Cena among other actors boast a lot of action, a lot of corny dialogues and cars, tankers, and even jets being blown up.  Adding more to it some action in space as well.

however, what is more, enthralling is that it confirms that John Cena will be playing the role of Vin Diesel’s arch-enemy and brother. And establishes the rivalry between the two.

As per the official synopsis of Fast and Furious 9, ”Vin Diesel’s Dom Toretto is leading a quiet life off the grid with Letty and his son, little Brian, but they know that danger always lurks just over their peaceful horizon. This time, that threat will force Dom to confront the sins of his past if he’s going to save those he loves most. His crew joins together to stop a world-shattering plot led by the most skilled assassin and high-performance driver they’ve ever encountered: a man who also happens to be Dom’s forsaken brother, Jakob (John Cena, the upcoming The Suicide Squad).”

The film also sees the return of Justin Lin as director, who helmed the third, fourth, fifth, and sixth chapters of the series.

F9 also features Grammy-winning superstar Cardi B as the new franchise character Leysa. She is playing a woman with a connection to Dom’s past, and a cameo by Reggaeton sensation Ozuna.

As soon as the new trailer was out, many F9  fans, as well as the star cast, took to Twitter expressing excitement for the film.

Excitement from start to finish. Joining the amazing crew for the @TheFastSaga #F9 was an unbelievable experience. Seeing this trailer hyped me up all over again!!! June 25th! https://t.co/6wRIkuFN1x

This movie is going to be fantastic. #F9 #fastandfurious9 pic.twitter.com/daieGTb7HV

#F9 really did it, Ludacris & Tyrese are about to blast off into space 🚀 pic.twitter.com/9cxfNFKUBa

This one shot in the #F9 trailer nearly brought tears to my eyes. The Tokyo Drift team is BACK. pic.twitter.com/XyXBsLzUGr