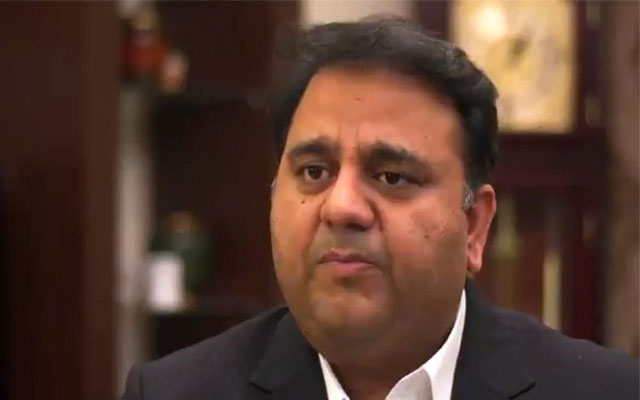 Blunders are an inevitable part of everyone’s life, it’s just a matter of fact that some people give others more chance to laugh for their gaffe so often and leave them fully amazed.

Chaudhry, while speaking in a talk show on a private TV channel, claimed that “The world’s biggest telescope was sent by Space and Upper Atmosphere Research Commission (SUPARCO)”

“One of the ways to see is the Hubble Telescope, which is the world’s biggest telescope and was sent [into space] by SUPARCO, which is installed in a satellite,” he said.

The Space and Upper Atmosphere Research Commission (SUPARCO) is responsible for Pakistan’s public and civil space programme and for aeronautics and aerospace research.

As soon as the minister’s statement came up on the show about the most advanced telescope of NASA, Hubble (the world’s biggest telescope) saying that it was sent by Pakistan’s aeronautics and aerospace research agency SUPARCO,  it turned out a storm of memes and trolling on Twitter.

Twitterati’s reaction on the minister’s statement showed no mercy for him and hilarious responses poured in for the latest episode of Chaudhry’s clumsiness. 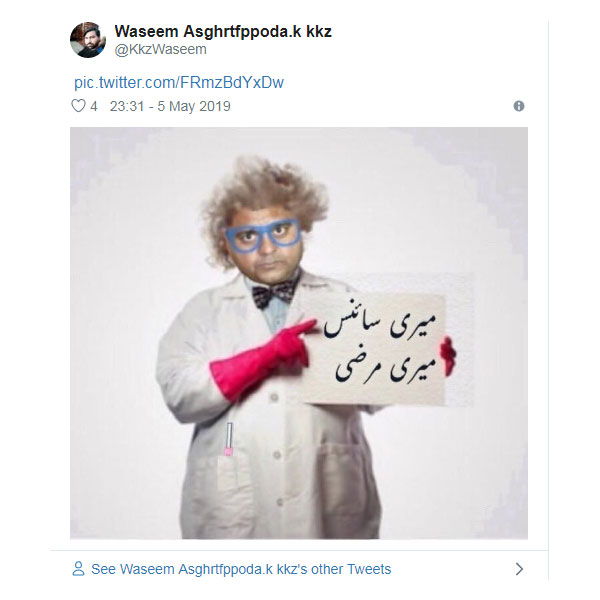 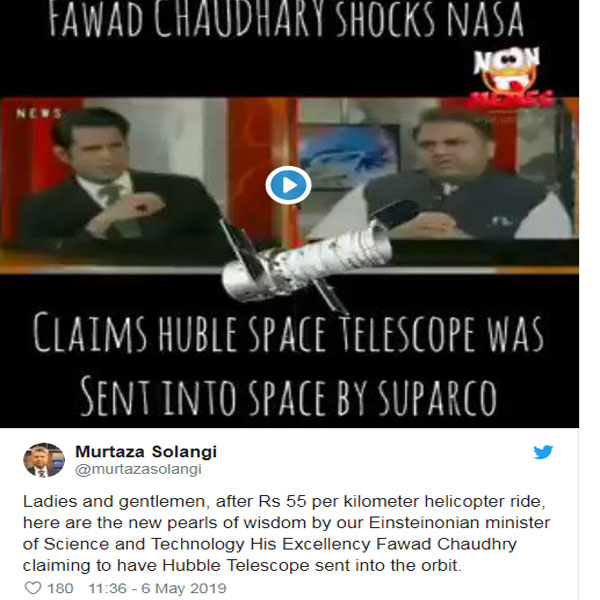 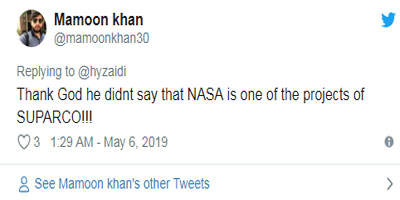 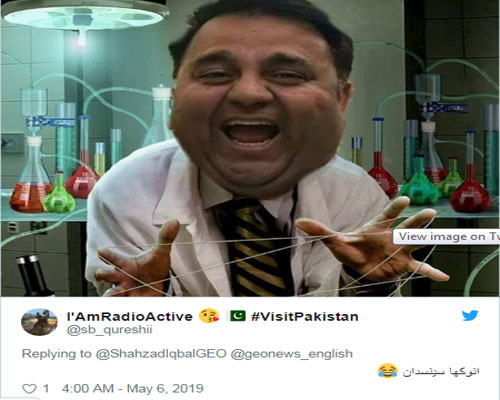 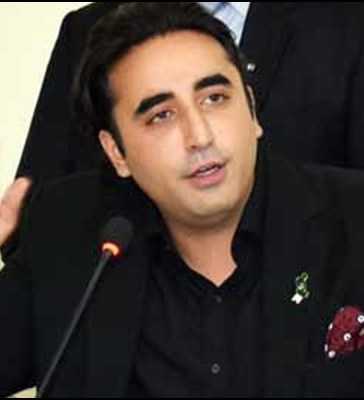