It is also hoped that all these dramas will add to yet another success of ARY Digital. 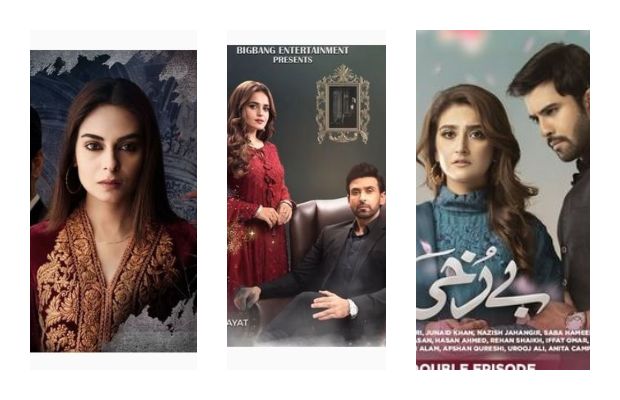 With the new season approaching, ARY Digital will be bringing five new star-studded dramas to entertain its audience.

As being reported, Saboor features in the coming soon drama in a never seen before avatar.

Amanat is written by famous drama writer Rukhsana Nigar. Directed by Shahid Shafat, and produce by Samina Humayun Saeed and Sana Shahnawaz, the drama will soon air on ARY Digital.

The drama will premiere on 19th September, Sunday with a Mega Launch Episode from 7:00 to 10:00 PM


The upcoming drama Mere Apne’ is based on the social issue of ‘Watta Satta’ (Bride Exchange) prevalent in society.

And from the teaser drama seems to be an intriguing story and promises to be a roller coaster ride.


Amar Khan is returning to the screen with another interesting, and intriguing drama written by Samina Ejaz.


Baddua is an iDreams Production, produced by Abdullah Seja, for ARY Digital.

The new drama serial Berukhi is starting from 15th September, Wednesday in a double episode from 8:00 to 10:00 PM – only on ARY Digital.

Directed by Syed Irshad Ali Arshi and is written by Qaisra Hayat, Mein Hari Piya is said to be a love triangle, but with a twist.

It is also hoped that all these dramas will add to yet another success of ARY Digital.

Do let us know which one you will be watching.