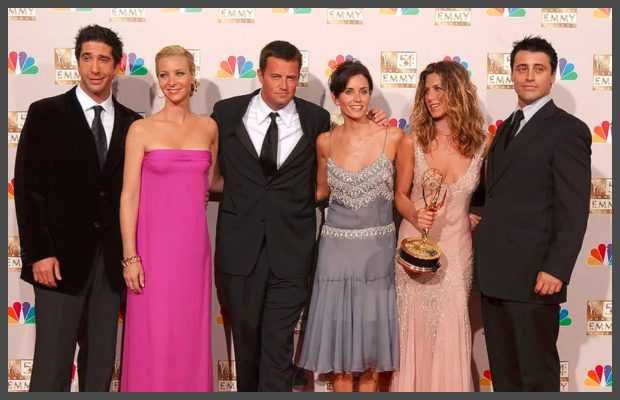 ‘Friends’ reunion special at HBO Max is being rescheduled to film in March, the update was shared by Matthew Perry, in a tweet.

The news about the much anticipated show world wide, comes after the special was delayed multiple times amid the ongoing coronavirus pandemic.

It was originally supposed to film in March of this year with a live audience, however, all the production plans were effected due to pandemic.

On Thursday, Perry shared that “Friends reunion being rescheduled for the beginning of March. Looks like we have a busy year coming up. And that’s the way I like it!”.

Friends reunion being rescheduled for the beginning of March. Looks like we have a busy year coming up. And that's the way I like it!

All six original cast members, Jennifer Aniston, Courteney Cox, Lisa Kudrow, Matt LeBlanc, David Schwimmer, and Perry, will be once again seen togather in the special show that was offically announced in February.

As being reported the special will be shot at the iconic Stage 24 of the Warner Bros Studio lot in Burbank, where the original NBC series was recorded.
The American sit-com Friends premiered in September 1994 and became a phenomenon during its decade-long run, till 2004.

tweet
Share on FacebookShare on TwitterShare on PinterestShare on Reddit
Saman SiddiquiNovember 13, 2020
the authorSaman Siddiqui
Saman Siddiqui, A freelance journalist with a Master’s Degree in Mass Communication and MS in Peace and Conflict Studies. Associated with the media industry since 2006. Experience in various capacities including Program Host, Researcher, News Producer, Documentary Making, Voice Over, Content Writing Copy Editing, and Blogging, and currently associated with OyeYeah since 2018, working as an Editor.
All posts bySaman Siddiqui