Gal Gadot to play Cleopatra but Twitter is not happy!

The story will be told 'for the first time through women's eyes, both behind and in front of the camera 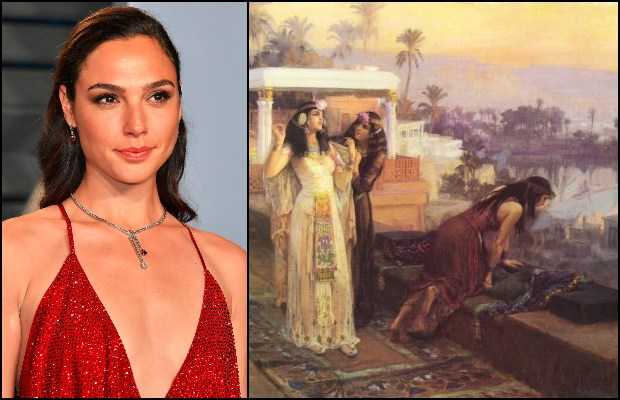 Gal Gadot is all set to play the title character of Cleopatra in the upcoming Paramount’s take on a historic classic. However, Twitter is not happy with the announcement!

Soon after the news of being roped in for the role, The Wonder Woman actress took to Twitter to announce that she will collaborate with filmmaker Patty Jenkins.

Gal Gadot, in a series of tweets, shared, As you might have heard I teamed up with @PattyJenks and  @LKalogridis to bring the story of Cleopatra, Queen of Egypt, to the big screen in a way she’s never been seen before. To tell her story for the first time through women’s eyes, both behind and in front of the camera”.

“And we are especially thrilled to be announcing this on #InternationalDayoftheGirl We hope women and girls all around the world, who aspire to tell stories will never give up on their dreams and will make their voices heard, by and for other women”, she added in her next tweet.

And we are especially thrilled to be announcing this on #InternationalDayoftheGirl
We hope women and girls all around the world, who aspire to tell stories will never give up on their dreams and will make their voices heard, by and for other women.

However, Twitter is buzzing with comments by the people who are not happy with for Gal Gadot to be playing the Egyptian queen.

The main reason behind the disliking is Godat’s Israeli identity and Israel and Egypt’s strained political relations were also cited by the netizens.

Because she's a damn Zionist she hasn't any problems with taking people's history as her history for example PALESTIN.

through the eyes of white women's and white hollywood, as always!!!

Another attempt to white wash a historical figure! U are a white Isreali woman. Cleopatra was MACEDONIAN and EGYPTIAN. Its awful how u deny important roles to women of color!!!!

Completely unsuitable for the role.. From a historic perspective, ethnic background or acting capabilities.

But there were a few who came to Gal Gadot rescue, telling people that it is all about a film and acting and what does ethnicity has to do with the film casting.

it's a shame there aren't atlantians to make aquaman characters.

Let's see how you cast the rest of the characters. Play Cleopatra, Ms. Gadot. Best of luck to you. But I sincerely hope you challenge the writers/cast to accurately (based on more than just a Eurocenteic sense) depict what Egypt was at it's heart – African #sphinxerosiontheory

I didn’t know Yul briner was Egyptian… are you offended by this? Asking for the movie copies not to keep playing it every Easter?
By the way, she? Elizabeth Taylor? pic.twitter.com/tHOop9mSqm

And there were a  number of fellows givinhg history lessons that Cleopetra was not an Egyptian bt a Greek:

It’s the level of ignorance that is unbelievable. Cleopatra was not an Arab, this is very basic historical knowledge, she was a Ptolemy and Greek. If you don’t know anything about it, you should start by learning

Cleopatra was of Macedonian Greek descent. Your complaint is like saying a black man needs to play Elon Musk because he's from Africa, or a Native Hawaiian should play Obama in the biopic.

She wasn’t Egyptian. She was Macedonian Greeks, which were fair skinned.