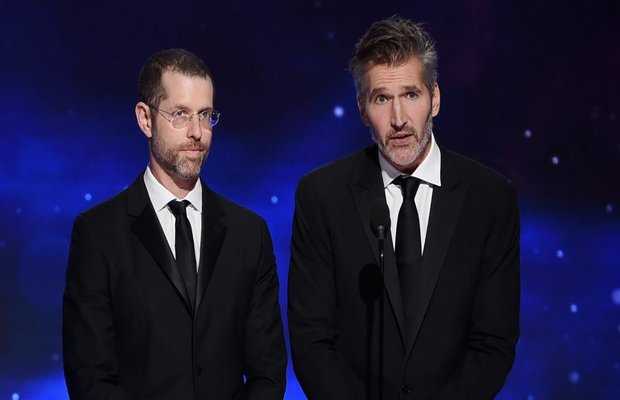 The makers of Game of Thrones David Benioff and D.B Weiss have pulled out of deal with Disney to make Star Wars trilogy. The decision has come on the back of the duo’s latest $250 million deal with Netflix where the two have signed up to produced content for the online streaming giant.

“There are only so many hours in the day, and we felt we could not do justice to both Star Wars and our Netflix projects,” said Benioff and Weiss in a statement issued to U.S media.

The two stated that they regretfully step away from the Star Wars project under which the first movie was scheduled to release in 2022. The pair had agreed to both write and produce the trilogy which was going to be different from The Skywalker family’s saga.

While the GoT makers have walked out of Star Wars world, there’s a lot more in the pipeline of now Disney acquired franchise.

Earlier, Disney announced that MCU’s chief Kevin Feige will be making a Star Wars movie in collaboration with Lucasfilms – the original owner of the franchise. Additionally 2017 The Last Jedi director Rian Johnson will also be making a Star War film.

To top it all, the ninth installment of Star Wars saga, The Rise of Skywalker is slated to release by mid-December and fans are quite amped up.

On the other end, Benioff and Weiss will be busy working for Netflix for the next 5 years under the deal they signed in August – 18 months after their Star Wars deal.