Game of Thrones S8: Jaime Lannister’s hand did not grow back!

social media was flooded with an image, which has apparently and purportedly not been taken from the episode. 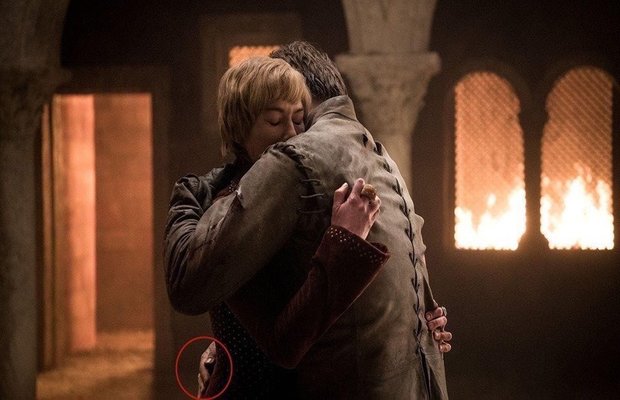 Game of Thrones S8 after being hit by the coffee cup blunder faces another mocking. One of the promotional scenes was shared on social media that showed actor Nikolaj Coster-Waldau aka Jamie Lannister upon reuniting, hugs Queen Cersei, reveals his detached right hand.

That little peak from the scene when the siblings were hugging unleashed a new wave of hysteria amongst eagle-eyed GOT fans. This time it wasn’t an actual blunder!

As soon as ‘The Bells’, the penultimate episode of the eighth and final season of the HBO series aired, the social media was stormed by curious GOT fans as they thought it as another blunder committed by showrunners, showing Jaime Lannister’s hand which grew back.

That was an unedited image came from HBO’s website being shared on the social media, which has been taken down now.

Reportedly, Helen Sloan, the show’s photographer, told the website that most of these photos from an episode, which are uploaded right after it is aired, are taken on the sets before CGI. So basically, the scene did not exactly appear in the episode.

But GOT fans are always quick to respond and they did express their resentment over spotting Jaime Lannister’s right hand, which had been chopped off way back in the show.

tweet
Share on FacebookShare on TwitterShare on PinterestShare on Reddit
Saman SiddiquiMay 15, 2019
the authorSaman Siddiqui
Saman Siddiqui, A freelance journalist with a Master’s Degree in Mass Communication and MS in Peace and Conflict Studies. Associated with the media industry since 2006. Experience in various capacities including Program Host, Researcher, News Producer, Documentary Making, Voice Over, Content Writing Copy Editing, and Blogging, and currently associated with OyeYeah since 2018, working as an Editor.
All posts bySaman Siddiqui