Game of Thrones Season 8: Recap of Season 7 before the ‘Fight for the Living’ kicks off

The epic fantasy series Game of Thrones will return for its six-episode, eighth and final season April 14, 2019. 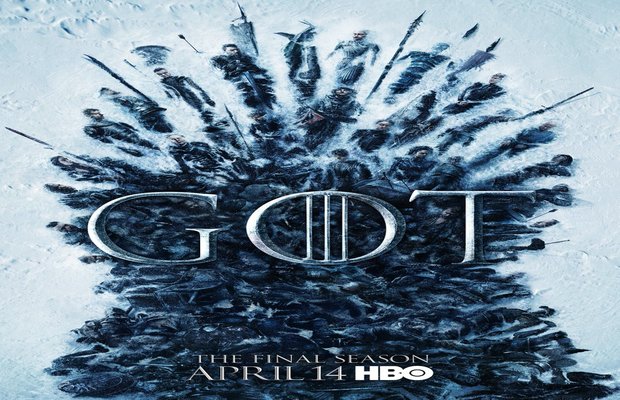 The time of premier of The eighth and concluding season of Game of Thrones is finally upon us. Fans eagerly wait to watch the HBO’s much-anticipated series hitting screens on 14th of April.

The season 7 of the Game of Thrones aired nearly two years ago, and things have fairly developed to go on air in the HBO drama’s final six episodes, the army of the undead will likely clash with the citizens of Westeros, as a separate battle for power unfolds for the Iron Throne.

Fight for the living. #GameofThrones pic.twitter.com/GpG7m53Nqg

Here is the quick recap of Game of Thrones season 7, which started with Jon Snow (Kit Harington) headed to Dragonstone to ask Daenerys Targaryen for a huge favour. Daenerys had set up camp in Dragonstone with her counsel made up of Tyrion Lannister (Peter Dinklage), Jorah Mormont (Iain Glen) and other Game of Thrones stalwarts. 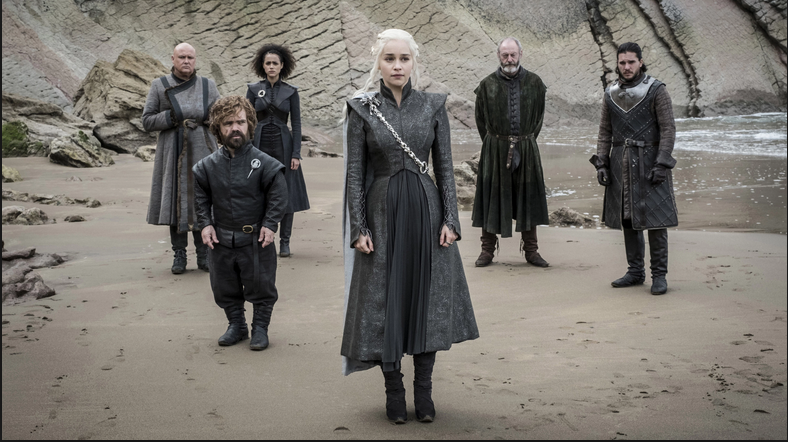 Jon Snow had also discovered that dragon glass could be used to kill White Walkers, along with Valyrian Steel, and needed to Mother of Dragons to let him extract the stone as Dragonstone sat on top of a bed of the material. 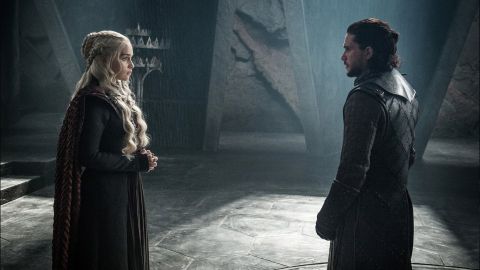 After getting off to a frosty start but, Jon had managed to convince Daenerys about the existence of White Walkers.

Which later led to a breath-taking encounter beyond the wall when Jon, with the help of The Hound (Rory McCann), Gendry (Joe Dempsie) and others, managed to trap a White Walker. 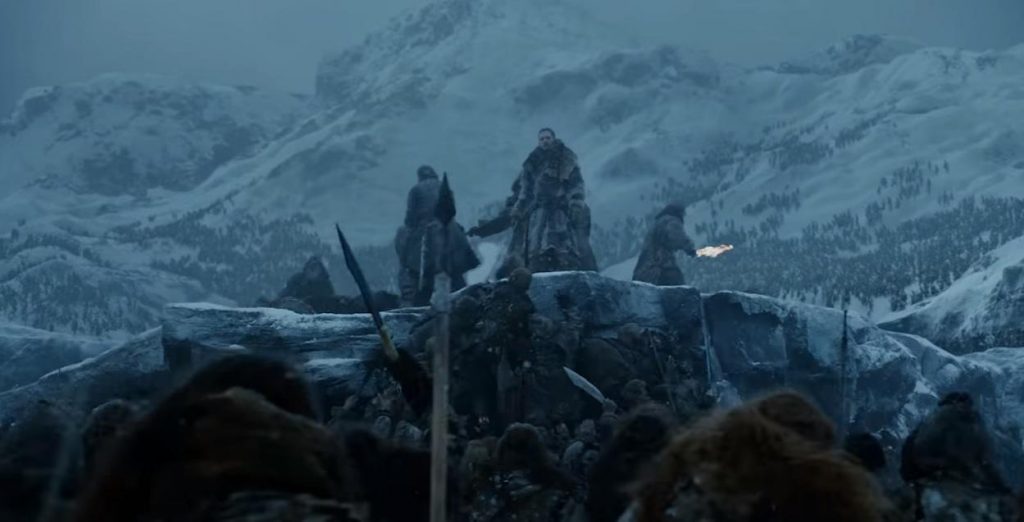 And before they could head back south, the fight cost the life of one dragon, as the Night King and his army of the dead managed to track the group down, resulting in a bloody and gripping battle.

Daenerys arrived beyond the wall along her dragons to help Jon and his group found themselves cornered by White Walkers, but with there were drastic consequences.

The fallen dragon was retrieved by the Night King and became the part of the White Walkers Army, the new teaser for the season 8 has been teasing fans with the ice dragon taking down the wall, more is yet to come.

That was not the only development, Arya Stark is back at the Winterfell but before arriving there Arya Stark did seek for what happened at the Red Wedding as she kills Walder Frey by slitting his throat in order to seek revenge and later teams up with Sansa Stark to kill Lord Baelish aka Littlefinger. 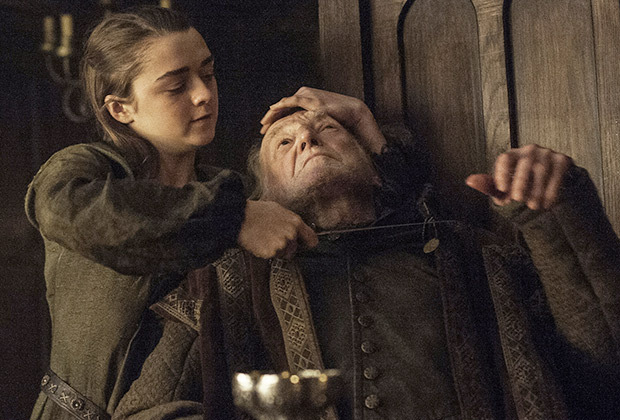 Being found guilty of treason and murder, Petyr ‘Littlefinger’ Baelish (Aiden Gillen) who had plotted, betrayed, schemed and slithered his way to the top of the hierarchy, has been executed by the Stark girls.

Arya Stark slits Littlefinger’s throat in front of the house leaders of the north as he dropped to his knees in a final cowardice act and begged Sansa to take mercy. This time Arya and Sansa outsmarted Littlefinger, playing into his trap only to eventually put him on trial. 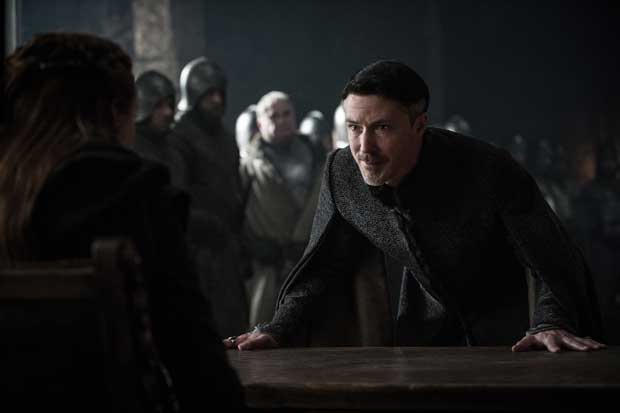 Jon Snow is trying to recruit allies in the fight against the army of the dead, manages to bring the captured Whitewalker at the gathering at King’s Landing. 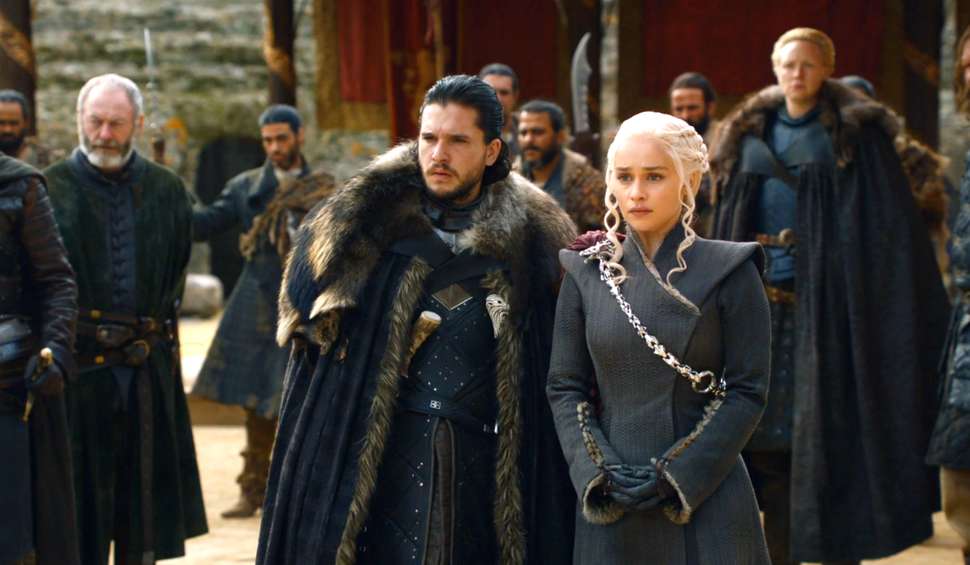 The Queen also seemed doubtful at the idea of postponing the war in order to fight the White Walkers which haven’t been seen for thousands of years.

And when The Hound brings in the captured wight, it is until then that Cersei began taking the threat of the White Walkers a lot more seriously.

Later she reconciles with her brother Tyrion and being seemingly abandoned by Euron who said he was heading home, Cersei not only agreed to the truce but halfheartedly offers her Lannister army to help fight the Whitewalkers.

Cersei and Daenerys had been at war, with the former desperately trying to get her rightful place on the Iron Throne.

In the midst of all of the development, Cersei is plotting the ultimate betrayal, who by this point has revealed to Jaime that she’s pregnant with his child. Cersei threatens to have Jaime killed if he plans to leave as a result of her betrayal. 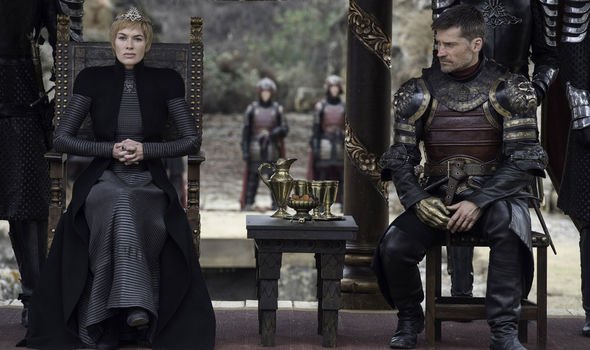 However, Jaime Lannister escapes and was last seen riding solo on horseback away from King’s Landing.

The season 7 turned out to be the reunion of the Starks, before Arya Starks arrival Bran Stark is also back at the Winterfell. He is now the three-eyed raven who can see the future as well as past.

It was revealed in one of his visions that Jon Snow is not a bastard, he has revealed it to Sam. Jon Snow’s is not the son of Ned Stark, he is Rhaegar and Lyanna’s legitimate child. 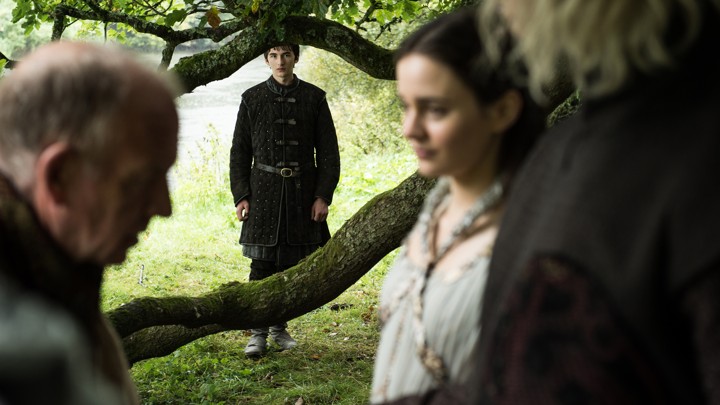 This makes Daenerys Targaryen Jon Snow’s aunt and who is unaware of the fact, the things are far too complicated! As they both got romantically involved on their bay back to Winterfell traveling on the ship. 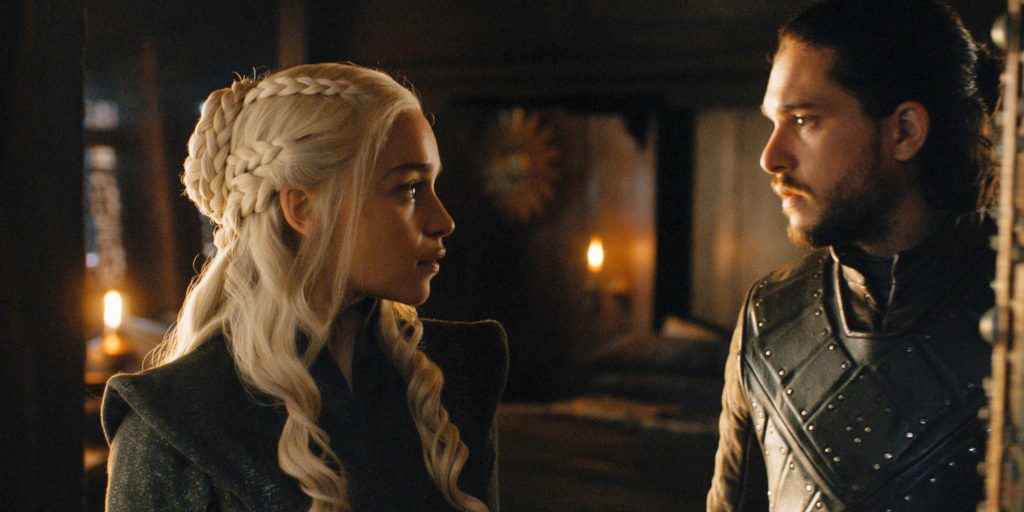 Game of Thrones Season 7 ended showing the Great Wall of Westeros finally came tumbling down. The Night King’s army had finally arrived, the turning point we’ve waited for all series long, the destructive event to end all destructive events. 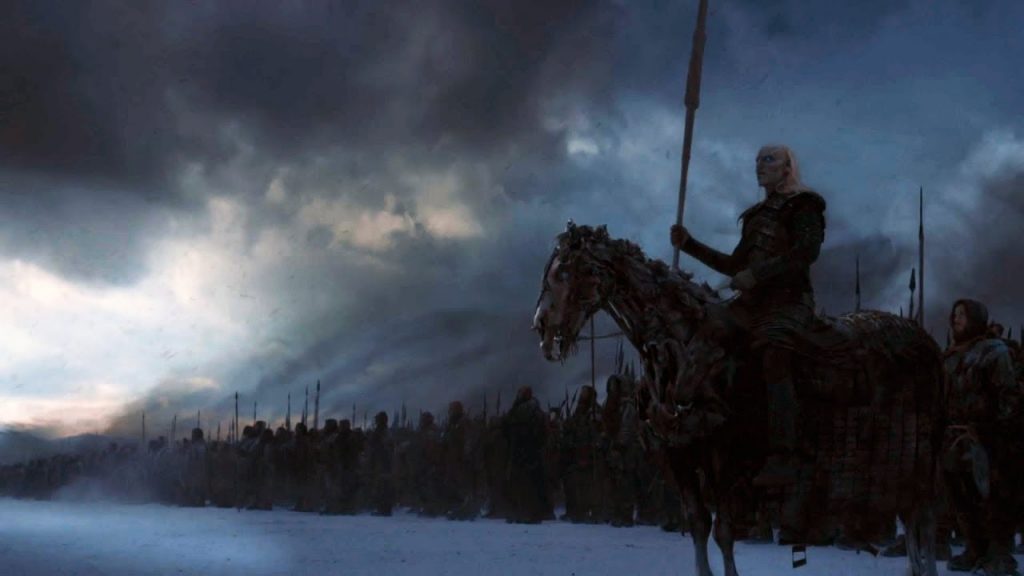 So for the concluding Season 8 of the Game of Thrones series, the great war is here, and it is going to be the fight for the living, starting from April 14, 2019.

tweet
Share on FacebookShare on TwitterShare on PinterestShare on Reddit
Saman SiddiquiApril 13, 2019
the authorSaman Siddiqui
Saman Siddiqui, A freelance journalist with a Master’s Degree in Mass Communication and MS in Peace and Conflict Studies. Associated with the media industry since 2006. Experience in various capacities including Program Host, Researcher, News Producer, Documentary Making, Voice Over, Content Writing Copy Editing, and Blogging, and currently associated with OyeYeah since 2018, working as an Editor.
All posts bySaman Siddiqui