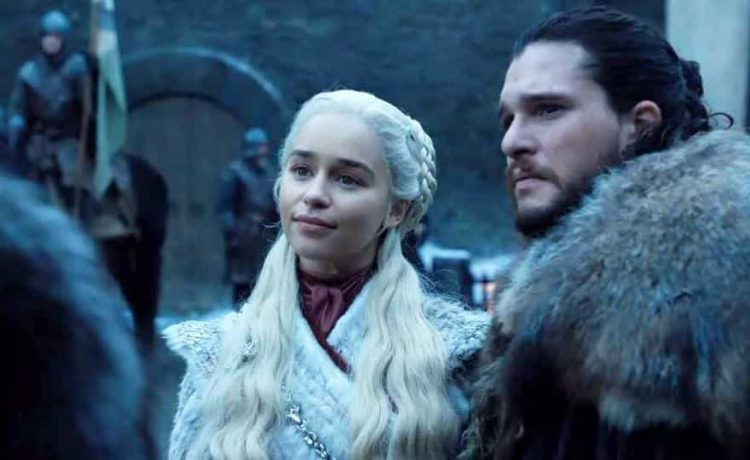 And yes 2019 belongs to the last final season of world-famous HBO series Game of Thrones. It was earlier when the channel officially announced that 2019 is the year of the much-anticipated TV series to return.

It’s now officially the year that Game of Thrones comes back.

HBO has revealed a look from the series as it aired a commercial teasing several shows that are returning in the spring during Sunday night’s Golden Globe 76th annual Awards.

The commercial along with its other famous series also included the brief look at the world famous fantasy series GOT, showing the two queens eyeing one another in a shot.

A brief clip reveals that Jon Snow has indeed brought Daenerys Targaryen to Winterfell after the two fled a battle with the White Walkers. 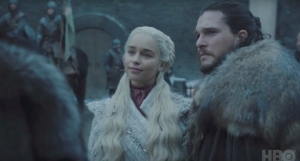 Sansa who now leads the Stark clan in the North and will be none too happy that her brother has sworn fealty to the Mother of Dragons and as he got romantically involved with her.

Sansa looks a little displeased when she tells the Mother of Dragons, ‘Winterfell is yours, your grace.”

The new season will return in April; the premiere date is not revealed yet. The award-winning series will bring back stars like Emilia Clarke, Kit Harington, Sophie Turner, Maisie Williams, Peter Dinklage, Nikolaj Coster-Waldau and Lena Headey in their roles for the final time.

The eighth season has been two years in the making and as being reported it will feature six episodes of almost 1.5 hours run time each.

tweet
Share on FacebookShare on TwitterShare on PinterestShare on Reddit
Saman SiddiquiJanuary 7, 2019
the authorSaman Siddiqui
Saman Siddiqui, A freelance journalist with a Master’s Degree in Mass Communication and MS in Peace and Conflict Studies. Associated with the media industry since 2006. Experience in various capacities including Program Host, Researcher, News Producer, Documentary Making, Voice Over, Content Writing Copy Editing, and Blogging, and currently associated with OyeYeah since 2018, working as an Editor.
All posts bySaman Siddiqui