Don’t be surprised if another record is broken when Season 8 premieres on April 14. 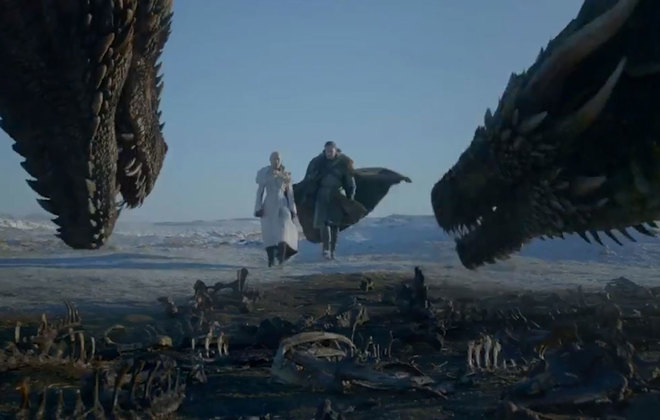 HBO released the first trailer of the blockbuster series Game of Thrones based on George R.R. Martin’s writings on 5th of March.

GoT fans have  waited almost two years to get a glimpse at the final season.  The 2min spot has smashed the previous viewing records.

It has been viewed over 81 million times in 24 hours across streaming platforms including YouTube, Facebook, Twitter, and others, a clear indicator that excitement for the series is at an all-time high.

The trailer for Season 7 of Game of Thrones, which garnered 61 million views in views in 24 hours, holds the previous record. It debuted in the summer of 2017.

The six-episode conclusion of the series executive produced by David Benioff and D.B. Weiss is now at the no. 1 spot with views, with more coming in. Currently, the trailer has received more than 38.1 million views on YouTube only.

The all-time season opener viewership has been at its peak for the Emilia Clarke, Peter Dinklage, Lena Headey, Kit Harington and dragons-led Emmy winning series with the 10.11 million, as viewers all around the world tuned in for the “Dragonstone” Season 7 debut on July 16, 2017.

Don’t be surprised if another record is broken when Season 8 premieres on April 14.