Game of Thrones: ‘The Last Watch’ Documentary to On Air on May 26 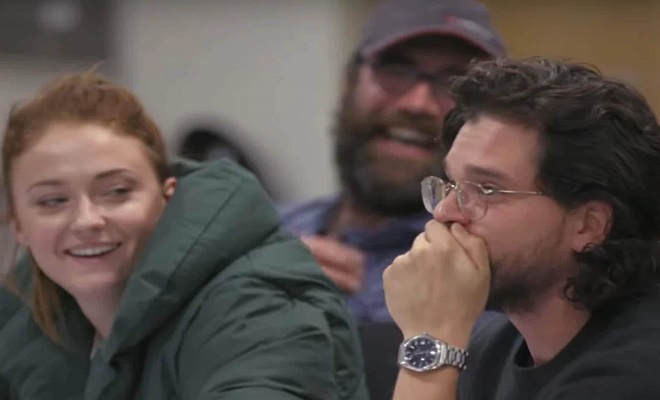 Game of Thrones will air its final episode this Sunday, May 19 and for many fans, it seems like the inevitable is about to happen that you can’t really stop. However, the good news is that HBO will air a documentary on the making of the final season ‘Game of Thrones: The Last Watch’ a week after the final episode releases.

A trailer of the documentary has been released by HBO on Monday and needless to say, it has stirred up some huge emotions of a true fan here. Starting from a visibly emotional Kit Harrington (Jon Snow) at the final script reading, the teaser revolves around the journey of the most popular television show and its actors.

The documentary also portrays Emilia Clarke (Daenerys Targaryen) playing her last scenes in the character and she steps down to hug her crew members, tears are clearly seen everywhere.

The two-hour long documentary has been directed by Jeanie Finlay, who spent over a year at the sets of Game of Thrones to film this unique feature-documentary. The teaser predicts that the film will be constructed as per Jeanie’s experiences of the last year.

A mix of emotions and thrill – quite like the show itself – the documentary will mark the end of a decade long era of television ruled by the Game of Thrones.