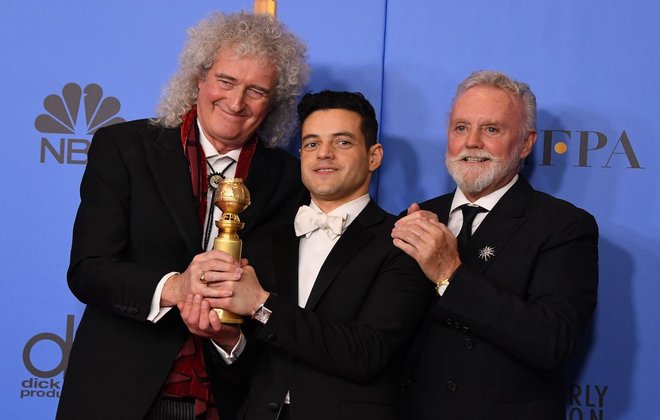 The Golden Globes every year are always a night of high drama and emotion, 2019’s ceremony was also exceptional. Few winners this year have certainly surprised the fans all around the world.

The night’s biggest surprise was A Star Is Born only taking home one award in the music category. Lady Gaga was expected to have a relatively clear run for best actress in a drama but she lost to Glenn Close.

Closes’s unexpected win for The Wife means the race for best actress at the Academy Awards most likely to change now.

Everyone was gaga for "Shallow" – this year's Best Original Song. See more from The #GoldenGlobes at NBC's YouTube channel: https://t.co/tTsTjvVZ1Q pic.twitter.com/unFzS8ruL0

A Star is Born also lost in the prestigious best film (drama) category to Bohemian Rhapsody. The next few weeks are going to be crucial now, as the voting stars for the Academy Awards.

For this year’s Golden Globes not only did Sandra Oh become the first Asian ever to host it, but she went on to win Best Actress in a TV Drama, the first Asian woman to do so in almost 40 years.

.@IAmSandraOh: "For Asian kids — to actually make our parents happy — it's so fulfilling." #GoldenGlobes pic.twitter.com/K3QZNp1Iet

Jeff Bridges was the recipient of this year’s Cecil B. DeMille Award at the Golden Globes.

American comedian Carol Burnett was presented with the first-ever Golden Globe recognizing a lifetime career in television, an award that was named after her.

Making history with the very first Carol Burnett Award for Lifetime Achievement in Television. Don’t miss a moment of The #GoldenGlobes – on NBC now! pic.twitter.com/aKJI0cOUDD

Here is the list of the main winners at the Golden Globes 2019:

What. A. Win. See more from The #GoldenGlobes at NBC's YouTube channel: https://t.co/tTsTjvVZ1Q pic.twitter.com/umhlhRx2z3

Best actress in a film drama – Glenn Close (The Wife)

Surprised about Glenn Close's #GoldenGlobes win? So was she! Find out her first thoughts about winning Best Actress for The Wife in this backstage interview. pic.twitter.com/RGQp2nkx8E

The cast of @ACSFX paused after their #GoldenGlobes win to discuss with the HFPA why they chose to tell the story of The Assassination of Gianni Versace. pic.twitter.com/eKGZfOYUk9

Its Golden Globes victories mark it out as one of the favourites for next month’s Oscars.