Hamzah Tariq Jamil steps out of society’s comfort zone in Churails and nails every bit of it!

Playing it Straight: Why Hamzah TariqJamil’s Churails Cameo is Pushing open the doors for diversity 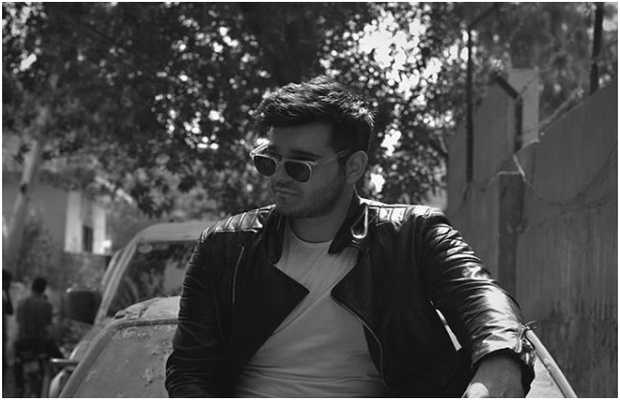 Asim Abbasi’s latest outing Churails the 10-part web series is all the rage these days, and for all the right reasons. The Karachi based show about four women turned vigilantes has been lauded by critics for its crisp writing, out-of-the-box narrative, and bringing some important social messages.

Headlined by Sarwat Gilani, Nimra Bucha, Yasra Rizvi, and Mehar Bano, Churails also brought some exciting cameos and supporting roles. Amongst all the surprising cameos, one name in particular that deserves to be mentioned and appreciated that took us by a happy surprise is Hamzah Tariq Jamil.

Starring as Naeem, aka Nimmo, as he is better known among his ‘group’ of friends. Naeem is a gay sex worker who doesn’t shy away from his sexuality. He is affable, demure, and dearly loved by the LGBT community members that he spends most of his time with. Naeem’s life takes a turn when he falls for one of his customers, Ehtsham, played by Khoosat. As fate would have it, the feelings are mutual between the two men. Nimmo is head over heels for Ehtsham, which is evident in the way he talks about him.

Naeem’s character is the everyday boy-next-door who has feelings and emotions and wants to be loved by someone for who he is. There’s no hullabaloo around the role, or the LGBTQ community,as Hamzah brings such a natural and authentic portrayal.

Hamzah’sNaeem is a big win for the Pakistani television industry as it takes a giant leap towards showcasing characters that are a very existent part of our society. It is also a brave move for Hamzah to portray a character that’s considered a taboo topic in our country at an early stage in his career, that doesn’t only show his dedication for his craft, but also is path-breaking because it attempts to break new grounds by representing a hushed down segment of our minorities on screen.

Hamzah lends a sincere honesty and simplicity to Naeem. He makes us root for him and breaks your heart when he mourns over his ill-fated relationship. He’s convincing and stands out in every scene. Even though Hamzah hasn’t been around for long, he’s taking up bold, unconventional roles that many seasoned actors wouldn’t even think about touching, that too at the start of his career. He’s confident and succeeds in making a mark on the viewers. He nails Naeem’s mannerisms and body language and sinks his teeth into the character despite being on screen for less than ten minutes, which speaks for the powerful portrayal.

One thing we have to say after this cameo appearance is that Hamzah Tariq Jamil is on the road to be the next big thing – mark our words!