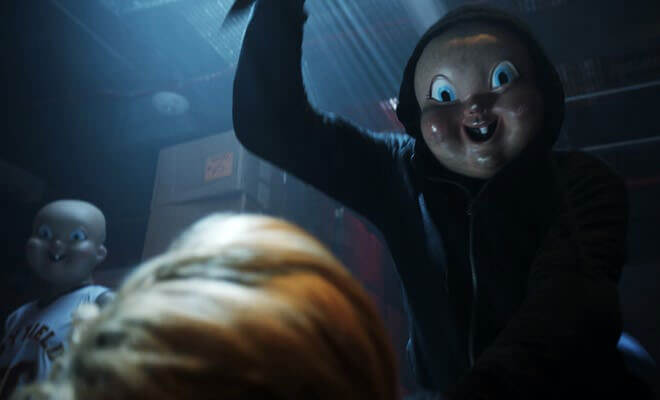 Hollywood once again would come across with the signs of fear as new trailer of the film Happy Death Day 2U has just been released.

The new promo confirms that Jessica Rothe as Tree gets stuck in a time loop again – only, this time, the situation is much more convoluted and pits her against a new killer who’s after several targets.

Here we’ll have a look at the new trailer of the film.

The original Happy Death Day hit theaters in 2017 and starred Jessica Rothe as Tree Gelbman, a college student who wakes up after a night of hard-partying to find herself trapped in a time loop where she’s murdered by a mysterious person in a baby mask (the school’s mascot), over and over again.

Happy Death Day was praised by critics for being a clever blend of Sci-Fi, slasher tropes, and horror-comedy anchored by Rothe’s likable performance as the not-so-likeable Tree. The film was a huge success and then a sequel was put into development shortly after its release.