The singer turned actor has enraged many by trivialising #Metoo, promoting violence and giving a deflective ‘apology’ 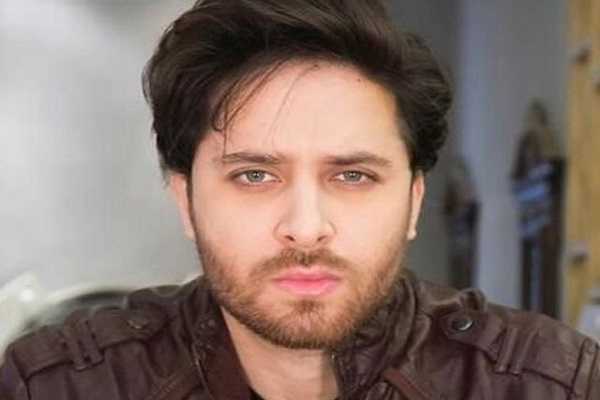 Apologies are a difficult thing for people in the public eye. To what extent do you go? Do you ‘upset’ your fans with an outright, no ifs and buts apology or you use apology to deflect the real issue at hand and say ‘pehlay usne bola tha’. Haroon Shahid seemingly has taken the 2nd option and asked us to ‘stop fighting’.

I cracked a bad joke yesterday for which I got bashed and rightly so. Apparently, for a few I've become a hate monger, a rapist and a person who supports abusing women with that one tweet. Your hate and article on Dawn don't make me one. I apologise for the joke. Stop fighting!!

I am not so sure what he means by that. It’s as a bizarre an apology as the initial tweet. If you haven’t read that one yet, here.

A couple from my side as well please. Mein maroon ga to #MeToo hojai ga! https://t.co/CvUKa7rkpG

Gul Bhukari is a vocal critic of PM to be Imran Khan and the role of establishment in politics. A follower of Imran Khan, Haroon Shahid couldn’t let go let go of their opportunity and tweeted this. The tweet got severe backlash.

What on earth are you talking about? How is making a joking reference to hitting a woman about the ‘misuse’ of #MeToo? Really disappointed.

Violent response to take out your frustration against those who annoy you, is in no way an acceptable behavior to coexist. Yes she is annoying and often disgusting, but giving her two from your side is worse than that.

Pretty strange comment from you, Haroon. Considering you starred in a film that literally speaks about women standing up against abuse. https://t.co/6zDmFfG5Jq

While some PTI supporters had backed him too.

You should not have apologized for this. The clarification would have done it for you and would also have exposed their hypocrisy. Their version of feminism is man-hating.

I apologize for my bad joke. Hope you guys garner an apology from her for this. Oh wait…. was this even a joke??? 🤔 https://t.co/RUSsS1rl0t

But the apology came with certain demands and people aren’t too pleased.

cute how you think joking about domestic abuse and making fun of a politician allegedly getting botox are the same thing.

What’s now scarier than Haroon Shahid’s tweet and subsequent half-apology are the hordes of people flushing in to defend it by hating on feminism.

Natural that Khan Sab himself has denounced feminism & now so will his followers. pic.twitter.com/2HuiRfLTQD

Have you failed to see what was even wrong in it? You do not justify beating up women. You do not do it if you disagree with a woman politically. You do not use #MeToo for a joke abt ‘hitting women with chappals’. And you definitely don’t come at those who point it out to you. https://t.co/QLrulL598z

An apology minus the whining would be nice. You say something godawful, inappropriate and stupid and then complain that people gave you shit about it?? https://t.co/qpzJISqDHo

Haroon Shahid, played a lead role in Verna, Shoiab Mansoor’s last film, which talked about sexual assault on females, which makes this whole incident all the more bizarre.

This tweet comes out at a time where emotions are running high,  especially amongst supporters of Imran Khan. This may explain the man’s words.  Its perhaps time to take a step back.