It will be released on 6 September 2021 on Lifetime. 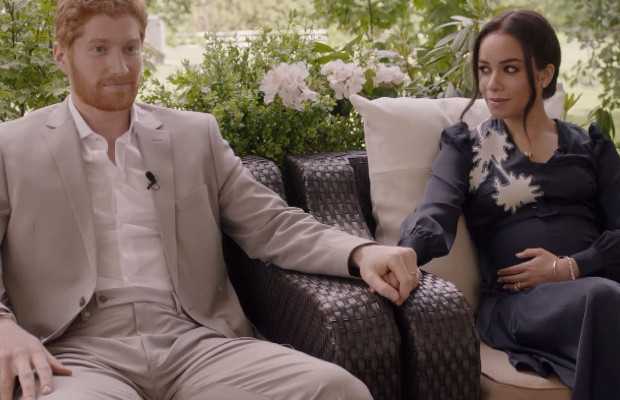 The film features Jordan Dean as Harry and Sydney Morton as Meghan.

The film will show a dramatization of the events that led Prince Harry and Meghan Markle to step down from their royal duties.

It will be released on 6 September 2021 on Lifetime.

🚨OFFICIAL TRAILER🚨 Harry & Meghan: #EscapingThePalace premieres this Labor Day (9/6) at 8/7c – you won’t want to miss the movie event of the year, only on Lifetime! 🎥 @jordandeanteam @Syd_Mo @LauraMitchy pic.twitter.com/uGe996p787

The trailer for Lifetime’s Harry & Meghan: #EscapingThePalace has been released.

The film will premiere on September 6. pic.twitter.com/jBFYKeLapA

Fans couldn’t believe their eyes as soon as the trailer was shared on social media.

All sorts of reactions started to pour in,  check a few below:

“Omg is this a parody of The Crown??” one person asked, referencing Netflix’s show also inspired by the royal family.

“Lol, this ain’t no The Crown,” another person wrote.

“Oh I was sooo hoping this would be a hilarious parody,” another social media user commented on YouTube.

Well there are a couple of more reactions:

When I said I wanted a show about the mess that was Harry and Meghan leaving their royal positions, a @lifetimetv dramatization was not what I had in mind. I just want #TheCrown to fast forward to it. #EscapingThePalace

@lifetimetv you’re going to lose a lot of viewers because of your choice of “films”. Why are you playing into their “victim hood”? Shame on them and shame on you

This is a huge propaganda movie!

Escaping the Palace is the network’s third film inspired by Meghan Markle and Prince Harry.

The first, Harry & Meghan: A Royal Romance, was released in 2018. It was a dramatization of the couple’s early romance.

The second film, Harry & Meghan: Becoming Royal, came out in 2019. It was inspired by Harry and Meghan’s life’s first few months as a married couple.