Have you seen Super Bowl Game of Thrones Season 8 ad?

The official Twitter handle of the TV series has also shared the extended version of the commercial, 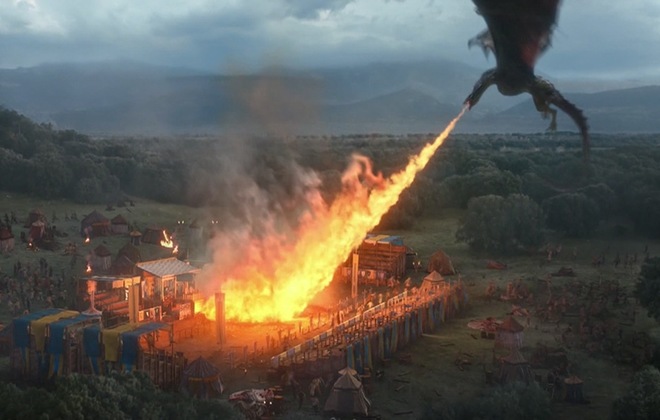 The annual American football championship game always gives people a lot to talk about. But in our part of the world what excites people is that it featured a TV commercial which has a connection to Game of Thrones.

Game of Thrones has recreated considerably the Mountain’s most brutal moment in Super Bowl ad. GOT also tweeted the ad with the caption, “The Bud Knight’s watch has ended. What will you do #ForTheThrone? #SBLIII.”

Have you seen Super Bowl Game of Thrones Season 8 ad?
Here, have a look it’s all about the fight and the dragon connection.

Yes, it’s only 70 days left when the HBO’s series Game of Thrones Final Season 8 will hit the screens on April 14! The official Twitter handle of the TV series has also shared the extended version of the commercial with the caption, “70 sleeps until #GoTS8 #ForTheThrone.”

The TV spot turned out to be a crossover between the worldwide popular drama series and a Budlight beer commercial. But considering it’s the makers of the show, they might have dropped a big hint about what is to come in the upcoming season 8.

What the commercial shows, The Mountain aka Gregor Clegane is killed by one of the dragons. It has to be either Drogon or Rhaegal, as Viserion was killed by the Night King in the last season.