Here comes ‘The Conjuring Devil Made Me Do It’ final trailer

Vera Farmiga and Patrick Wilson return as Lorraine and Ed Warren, under the direction of Michael Chaves. 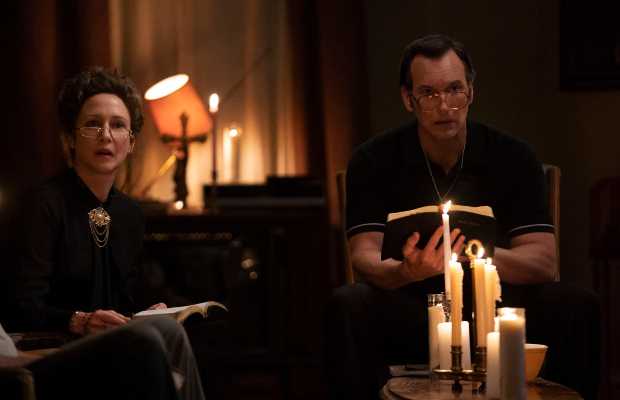 The Devil Made Me Do It | OyeYeah News
0Share
119Views

The filmmakers have released the final trailer of the hit horror franchise  The Conjuring: The Devil Made Me Do It.

Conjuring 3 will definitely give the fans some chills.

The film is set to release in the US on June 4 and will also be available on HBO Max.

As being reported, the film is based on the real-life case of the trial of Arne Cheyenne Johnson, who claimed in court that he was under demonic possession when he committed the crime.

The film’s official synopsis: “The Conjuring: The Devil Made Me Do It” reveals a chilling story of terror, murder, and unknown evil that shocked even experienced real-life paranormal investigators Ed and Lorraine Warren. One of the most sensational cases from their files, it starts with a fight for the soul of a young boy, then takes them beyond anything they’d ever seen before, to mark the first time in U.S. history that a murder suspect would claim demonic possession as a defense.”

“The Conjuring: The Devil Made Me Do It” is the seventh film in the “Conjuring” Universe, the largest horror franchise in history, which has grossed more than $1.8 billion worldwide.