Moosa respects a girl's refusal like it should be respected. 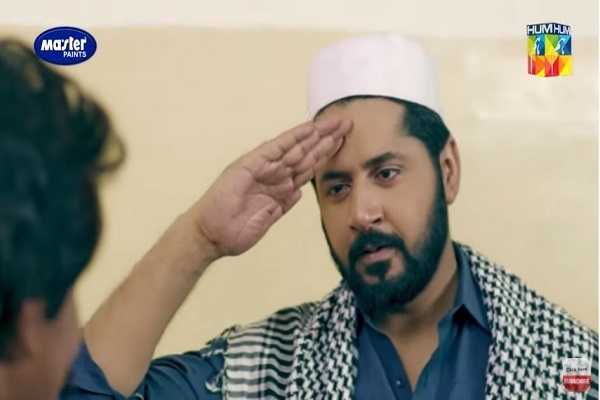 Hashim Nadeem’s crafted character Moosa of Raqs e Bismil by all means is a real hero as compared to other contemporary problematic heroes. Often such heroes fall from the grace and they are either just protagonists with grey characters on which the whole story moves around. The portrayal of Moosa is so beautifully done by Hashim Nadeem and equally brilliantly performed by Imran Asharaf that we crave for his screen presence. Moosa is all good, noble, a true braveheart with upright character. He is who a real hero should be like Noble, brave, kind, and respectful. Unlike our contemporary heroes who are flawed having major problematic issues.

For better understanding, we are drawing a casual comparison of Hashim Nadeem’s other hero Farhad of Khuda Aur Muhabbat3, and Moosa. Both heroes are crafted by Hashim Nadeem. Moosa belongs from a noble and grander stature, he belongs to a Syed Peer family and he gets the Gaddi Nasheeni too. He is obedient, respectful, and selfless whereas Farhad is shown as a lazy, good-for-nothing kind of boy from a very humbling background. He used to make cheating slips for his exams so his character is not very straight and upright as cheating in exams refers to dishonesty.

Moreover, Moosa loses his throne (Gaddi) because he falls for a harlot Zohra, a girl much below his status and stature. The girl herself refuses to marry her on which Moosa respects her opinion and leaves her like a true gentleman whereas Farhad who is delusional falls in love with a girl much higher than his class. The class disparity is so high but still, he cannot see this. He obsessively follows her love interest to her Haveli and when she refuses him, Farhad loses his cool and starts cursing her. He ill wishes that she will never be happy in her life. This is something quite problematic and an anti-hero trait. Moosa respects a girl’s refusal like it should be respected thus he is a real hero!

tweet
Share on FacebookShare on TwitterShare on PinterestShare on Reddit
Rameeza NasimJuly 14, 2021
the authorRameeza Nasim
Rameeza Nasim, a Paralian, passionate about poetry, drama and fiction. By giving drama critiques I feel like I am endorsing the writer's message to the audiences, I love my job. Being a critic responsibility lies on my shoulders to point out the flaws and shortcomings of the play be it on writer's , performers or director's end . I did my Masters in English Literature and Linguistics .
All posts byRameeza Nasim