Kashf will be Hira’s fourth serial alongside Junaid Khan after Thays, MNK and Sun Yaara. 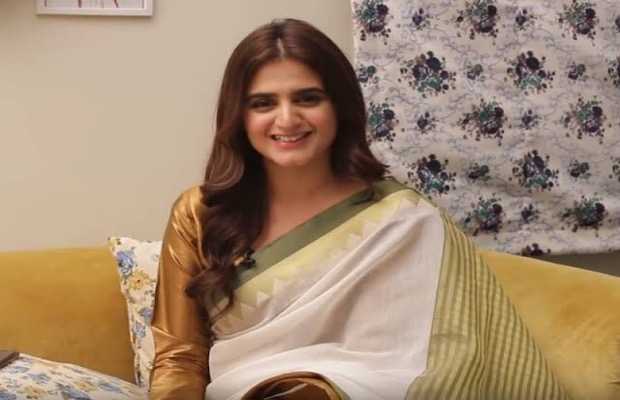 Popular drama actress Hira Mani who had stunned the audience with her stellar performance as Hania in massive hit serial Meray Pass Tum Hu, is now gearing up to play  a unique and out-of-the-box role in her upcoming play called Kashf.  The actress will essay the main protagonist in the play, a woman with a nightmare disorder.

Featuring in and as Kashf, Hira will star alongside Junaid Khan once again, against whom she recently appeared in Geo TV’s Mohabbat Na Kariyo.

According to the teasers that have been out so far, Kashf is scared of going to sleep as that takes her into a harrowing world of dreams that she dreads seeing, as they come true. Hence, she tries to keep her self awake by inflicting pain on herself.

In her dream, she also foresees what is going to happen to her loved ones. Junaid Khan will essay Hira’s love interest in the play. The teasers also hint towards a twist that would come in the duo’s love story and bring them apart.

Talking about his character, Junaid Khan had revealed in an interview earlier, “I am essaying the character of Wajdaan, who is madly in love with Kashf. The intensity of his love is so strong that he is willing to face any difficult situation that comes his way.”

He further reiterated, “When you watch the drama, you will get to know that Kashf is bound by some rules and hence she is hesitant to invest in this relationship. But Wajdaan is willing to go to any extent to win her heart.”

Kashf is a Danish Nawaz directorial.