Film is slated to hit theatres on 2nd August. 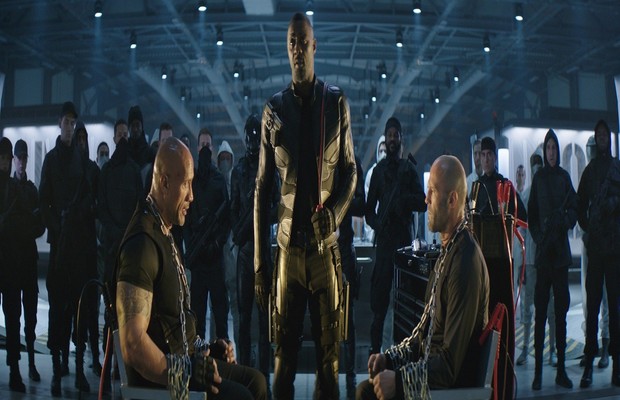 Filmmakers have released the trailer of much anticipated Hobbs & Shaw’s trailer and the duo of Johnson and Statham still do not like each other very much, but hating each other on screen has never looked so fun.

The Fast & Furious franchise after eight films that have collected almost $5 billion worldwide, is bringing its first stand-alone vehicle as Dwayne Johnson and Jason Statham reprise their roles as Luke Hobbs and Deckard Shaw in Fast & Furious: Hobbs & Shaw.

The spinoff reaches beyond the existing Fast & Furious universe, goes international this time from Los Angeles to London and from the toxic wasteland of Chernobyl to the lush beauty of Samoa.

Nearly 3 minutes long trailer for Hobbs & Shaw released on Thursday, sums up how two foes team up to stop a bulletproof international terrorist.

Hobbs and Shaw clearly has no relation to the original Fast and Furious, but contains all the action elements. Film picks up two years after Fate of the Furious left off. This time around, fans will meet Shaw’s sister, Hattie (Vanessa Kirby), a rogue MI6 agent (is there any other kind in these movies?) who has stolen some kind of super-virus from arch-villain Brixton (Idris Elba).

According to film’ official synopsis: “But when cyber-genetically enhanced anarchist Brixton (Idris Elba) gains control of an insidious bio-threat that could alter humanity forever and bests a brilliant and fearless rogue MI6 agent (The Crown’s Vanessa Kirby), who just happens to be Shaw’s sister. These two sworn enemies will have to partner up to bring down the only guy who might be badder than themselves”.

This spin-off is being directed by Deadpool 2 filmmaker David Leitch, while the film has been penned by writer Chris Morgan, who has also written a number of the previous Fast and Furious films.

British actor Idris Elba is featuring as the main villain in this film “Hobbs and Shaw”, which is  slated to hit theatres on August 2, 2019.