Hollywood’s Winners and Losers of 2019

While some big names failed to leave any mark, 2019 saw some unexpected successes 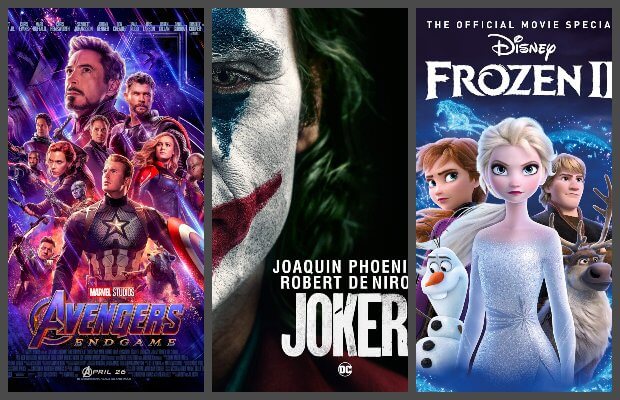 2019 seemed to be a grander year for the American box office as Hollywood buffs had more than a few big films to choose from. However, as the year comes to an end, it is evident that Hollywood needs to further up its game as it saw an annual decline of 4% from last year to settle at $11.45 billion in the US as compared to 2018’s $11.88 billion.

While one may talk about Hollywood in dire need to become better at its game with the growing influx of streaming sites, Disney – also venturing into online streaming – has probably nothing to worry about.

Disney’s last release of the year, Star Wars: The Rise of Skywalker has already hit $500 million in its eight days of global earnings and might become the powerhouse’s 7th highest grosser for the year and hit $1 billion mark too.

Following in Disney’s lead was Warner Bros Joker with over a billion-dollar international earning, the first R-rated movie to hit the mark. The movie also made the record the biggest October opening the American box office with $96.2 million.

Another major hit of the year was Sony and Quentin Tarantino’s Once Upon a Time in Hollywood with $372 million worldwide. This is Tarantino’s biggest box office intake ever as he presented big shots Brad Pitt and Leonardo DiCaprio on the screen.

Universal Studios with its offerings Abominable ($20.6 million), Good Boys ($21.4 million), and Us ($71.1 million) stood out amongst original films as the three unexpectedly won the hearts of cinema-goers.

On the other end of spectrum stood STX’s $45 million-budgeted Ugly Dolls $32.4 million worldwide. The Diane Keaton Poms with $16.4 million and Chadwick Boseman’s first movie since Black Panther, 21 Bridges only had a $38 million worldwide take.

Playmobil was STX’s worst nightmare as the movie merely brought in $1 million domestically and $12.6 million internationally.