It seems like a complex yet interesting psychological thriller 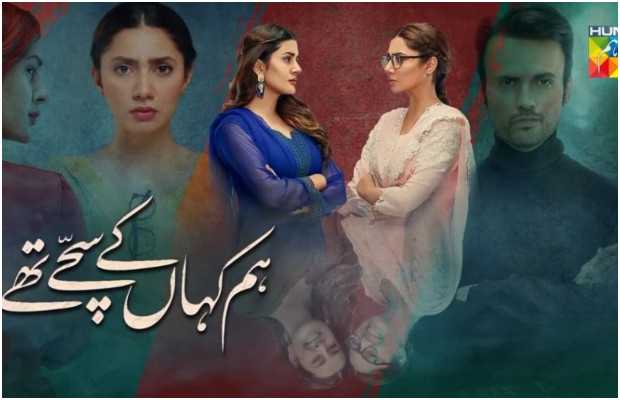 With the start of the second half of 2021 we see a flow of exciting upcoming drama serial teasers, one of them is Hum Kahan Kay Sachay that.

HUM TV has released three exciting teasers of Hum Kahan Kay Sachay thay giving us an quick insight and introduction of three of its main characters.

Penned down by Umaira Ahmed whose name now holds as a brand itself, hopes and expectations are usually high from this serial. I remember reading the novel almost a decade ago, I cannot really recall what happened it but I know it’s a story of conflict, love, hate, and complexities.

Compared with Umaira Ahmed’s rest of the works, which include so many masterpieces. I consider it a less significant work of her but still, it will be an interesting and intriguing serial that will be going to hook the audiences to the screens.

The teaser introduces us to three main characters. Mahira Khan who is making a TV comeback after 6 years, as Mehreen Mansoor.

Mehreen seems a troubled girl who is being haunted by her parent’s past. Mahira’s dark expressions express her character’s intensity.

While Kubra Khan plays Mashal who is bright, high-spirited, and beautiful. It seems that she also has her set of tragedies.

tweet
Share on FacebookShare on TwitterShare on PinterestShare on Reddit
Rameeza NasimJuly 15, 2021
the authorRameeza Nasim
Rameeza Nasim, a Paralian, passionate about poetry, drama and fiction. By giving drama critiques I feel like I am endorsing the writer's message to the audiences, I love my job. Being a critic responsibility lies on my shoulders to point out the flaws and shortcomings of the play be it on writer's , performers or director's end . I did my Masters in English Literature and Linguistics .
All posts byRameeza Nasim