I have grown up listening to Madam Noor Jehan’s songs: Hadia Hashmi 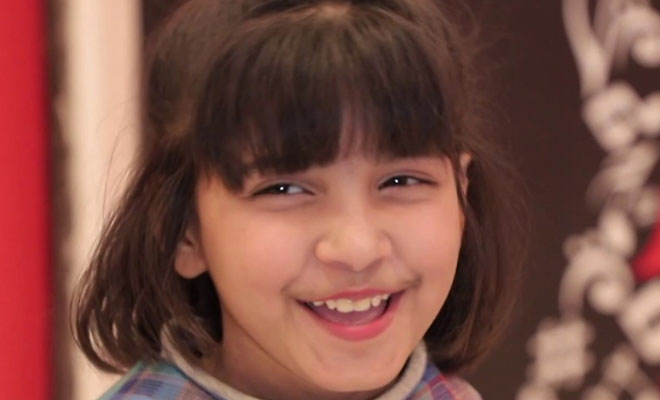 She has the passion and so the talent to define the soulfully myth in classical music. Eight-year-old Hadia Hashmi, a die-hard fan of the queen of melody Noor Jehan, has expressed her desire to enter the field of music with a claim that she would never leave the idea. The fifth-grader listens to Madam Noor Jehan’s songs on repeat.

Hadia’s passion and love towards music compelled her father, Ziauldin Hashmi to have her enrolled in a singing academy for training. In an interview with BBC Urdu, Hadia shared that she is the only person in her family who sings and has grown up listening to Noor Jehan’s melodies because of her father. The late singer has been her role model, her songs for a competition in school and unsurprisingly won first place.

“I have grown up listening to Noor Jehan’s songs. I often put them on repeat on my tape recorder. No one in my family knows how to sing,” said Hadia.

A smiling Hadia revealed that following her win, she received numerous gifts from her loved ones, one of them being a doll house that remains her favourite to date.

Similar to any child of her age, Hadia revealed she has multiple dreams which she would like to see become reality someday. On the same note, she is determined to accomplish two tasks in her life. Firstly, holding a strong penchant for singing, she is adamant on making a name for herself in music. Secondly, she wants to study medicine simultaneously and become a doctor.

“I want to treat patients. But, I also want to pursue a career in music and make a name for myself,” added Hadia.

Hadia’s father who is a tailor by profession and he too mentioned that their family has had no history of singing. While Ziauldin and his wife are over the moon about their daughter’s new-found passion, Hadia’s extended relatives are not in favour of her being in the limelight to which her parents beg to differ.

“Now that I have seen the music industry, I don’t have any problems with it. I now know that all the rumours about the industry are not true,” stated Ziauldin.

Earlier, when Hadia’s song Bol Hu was released on Nescafe Basement, the producer of the show and famous musician Xulfi said, “This is a personal and humble request to everyone. Let’s not put this in Hadia’s mind that she’s the next Abida Parveen. Let her find her own person.”

He added, “I regard the sentiment that talks about this connection and I respect it. After all, Abida Jee is one of the best artists our country has produced. But for the kid’s sake, I feel it’s important to not put definite goals in her head at this tender age. Thank you.”