Iconic PTV dramas, Dhoop Kinare and Tanhaiyaan to be broadcast in KSA 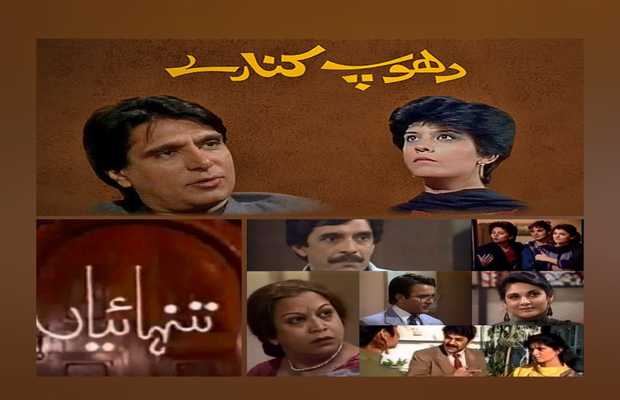 Two of the iconic PTV’s dramas from 80’s era Dhoop Kinare and Tanhaiyaan have been picked by the state television for broadcast in the Kingdom of Saudi Arabia.

This is the first time that Pakistan is subtitling its drama series into Arabic for Saudi viewers, with Arabic subtitles. One of the two series will reportedly air in June this year.

“We will be able to send Dhoop Kinare to Saudi Arabia by June this year”, she further added.

Shazia Sikandar also said that “This is the first time that Pakistan Television is subtitling Pakistani drama into Arabic for Saudi viewers”.

Both the dramas were written by Haseena Moin and are included in the list of most acclaimed Pakistani dramas. Dhoop Kinary aired on the Pakistan National Television in 1987, while Tanhaiyaan aired in 1986.

It was last week when Pakistan’s information minister Fawad Chaudhry announced during a visit to the Saudi capital of Riyadh that Islamabad will be soon exporting its television series to the Kingdom.

tweet
Share on FacebookShare on TwitterShare on PinterestShare on Reddit
Saman SiddiquiApril 4, 2019
the authorSaman Siddiqui
Saman Siddiqui, A freelance journalist with a Master’s Degree in Mass Communication and MS in Peace and Conflict Studies. Associated with the media industry since 2006. Experience in various capacities including Program Host, Researcher, News Producer, Documentary Making, Voice Over, Content Writing Copy Editing, and Blogging, and currently associated with OyeYeah since 2018, working as an Editor.
All posts bySaman Siddiqui